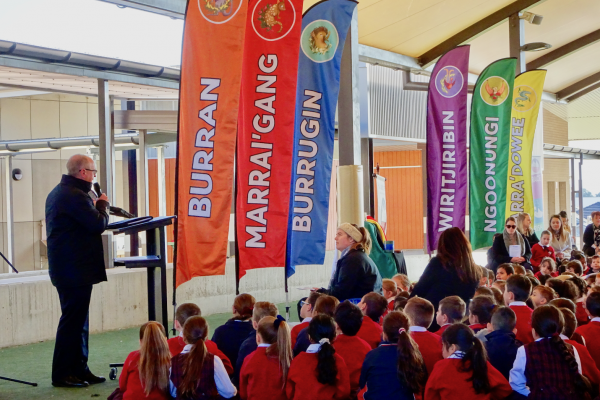 A significant moment in the history of St Justin’s Oran Park – the school community has launched its new six-house colour system based on the Dharawal seasons of the year.

Using the beautifully crafted research by Aunty Fran Bodkin in her book, D’harawal Climate & Natural Resources, the school has renamed and expanded its four-house system to now include six new house names, colours and animals representative of each Dharawal season.