Yarning Circle – News From Around The Diocese | Awarding The Next Generation of Leaders: Deadly Encouragement Awards 2019

The fourth annual Deadly Encouragement Awards were held on October 17 at Waniora Public School in Bulli, celebrating and recognising Northern Illawarra Aboriginal and Torres Strait Islander students doing great things in their community. The aim of the awards is to make children feel valued by acknowledging and rewarding their efforts.

The word 'deadly' is a modern colloquialism used by Aboriginal and Torres Strait Islanders to indicate something that is seen as cool or exceptional, especially by young people.

Since its inception, the event – which rewards preschool, primary, secondary, TAFE and university students – has grown annually with over 55 schools invited to nominate students this year including Holy Spirit College Bellambi, St Columbkille’s Corrimal and St Michael’s Thirroul.

Awards are given for a range of accomplishments ranging from attendance, community involvement, entertainment, sport and music. 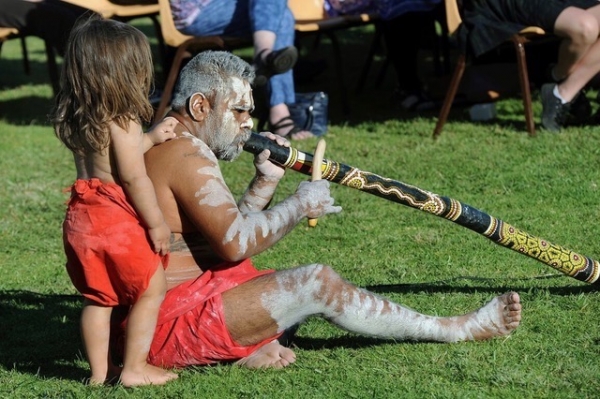 “By acknowledging and rewarding students’ efforts, the aim is for our children to feel valued, to encourage a stronger sense of identity, and in the future, inspire them to be strong, effective leaders and role models to younger children in our community.” 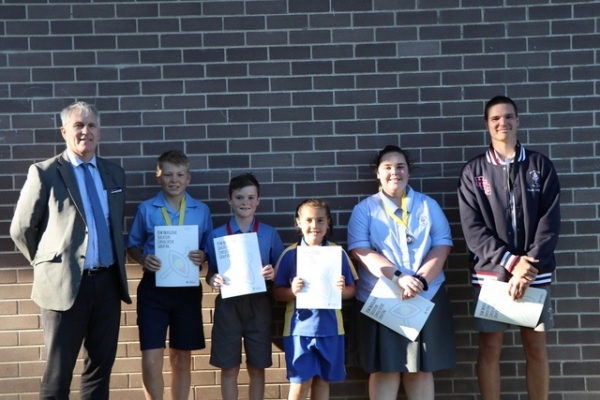 “Receiving the Deadly Award made me grateful and proud,” said Willow who was nominated for being a keen participant in all celebrations and recognition of Aboriginal and Torres Strait Islander culture. “I will continue to be helpful at my school [St Columbkille’s Corrimal] and represent us at out of school community functions.”

Meanwhile, Jack was nominated for keenly participating in all cultural and environmental learning opportunities at St Columbkille’s, and readily assisting younger students to increase their understanding and involvement.

“I’m grateful for participating in the awards ceremony, as it makes me proud to celebrate my Aboriginal heritage,” he said. “Outside of school, community work will always be important to me, by helping my family and others." 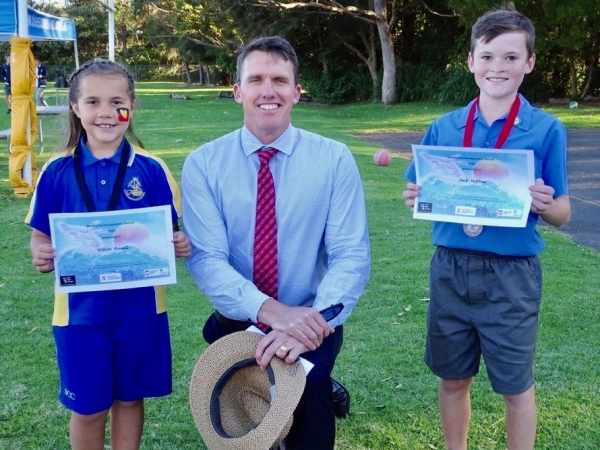 The awards are an important accolade for Aboriginal and Torres Strait Islander students, according to St Michael’s Thirroul Middle Leader 2, Eliza Treble.

“When our students are successful in achieving this special award, it gives them a great sense of pride and achievement," said Eliza. “The awards ceremony is a unique event that provides inspiration to our Aboriginal students to always try their best and know that they are part of an important, special and caring community.”

Another promising student, Ruben Mayers, was awarded for his work in the school’s Leaders of Faith and Community team, consistently giving up his time to plan and be part of liturgies and assemblies.

“Ever since my brother received this award, I wanted to try and get this also. This year I was lucky enough to receive the Deadly Award and go to the ceremony with my family and teachers,” Ruben recalled.

“I also got to meet some of the most successful and hard-working Aboriginal people who have been really involved with wanting to be recognised for being Aboriginal and not caring what other people say and think about them.” 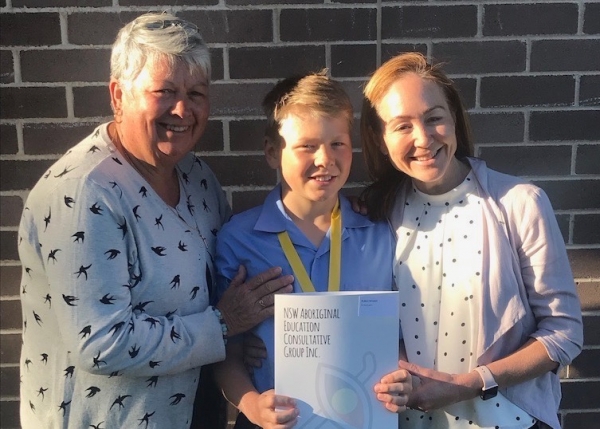 Holy Spirit College Bellambi’s Aboriginal and Torres Strait Islander School Contact, Kelli Grose, said that the school is incredibly grateful to be a part of the Deadly Encouragement Awards.

“[Students] feel a stronger sense of identity and more connected to their culture,” she said. “The recognition makes them feel valued and encourages them to be strong leaders and role models to others in the community.”

Holy Spirit’s students, Euan Colquhoun and Kaitlyn Burling, received Deadly Awards recognising and honouring their enthusiasm and dedication to their culture and for displaying a positive attitude towards their learning and education.

Year 11 student, Euan, said, “I really enjoyed sharing the [awards] with my family. I'm proud of my culture and it was terrific to receive a Deadly Award recognising this. The award inspires me to do more within the community.”

The importance of the awards was summed up by Year 7 student, Kaitlyn. “The Deadly Encouragement Awards are a great way to recognise young Aboriginal people who don't necessarily receive acknowledgement publicly and talk about their culture,” she said. “Sharing my story through the Deadly Awards makes me proud of my background. It means I'm not afraid of talking about being a young Aboriginal girl.”