St John’s Campbelltown student, Eva Grados, has tumbled her way to the top, scoring her first lead role in a feature film – in cinemas this week. Mixing it on set with the likes of Olympic gold medallist, Sally Pearson, and AFI Award winner, Natasha Wanganeen, the 12-year-old thoroughly relished the experience, and is now enjoying the red carpets and fanfare buzz around the Australian film’s premiere.

The Pinnacle Films movie, ‘A Second Chance: Rivals’ is the sequel to the 2011 film, ‘A Second Chance’, currently on Netflix. It follows gymnast, Maddy Cornell (Emily Morris), who, after injuring herself, stays in the country to coach a squad of young local gymnasts – including talented Aboriginal girl, Alkira, played by Eva.

The story sees the girls training together for the state gymnastics championships, motivated by an old ‘city vs country’ rivalry. Each girl has her own set of challenges to face – Eva’s character is training with promise when her mother (Wanganeen) pulls her out of the competition, believing her daughter is being treated unfairly because of her Aboriginality. Alkira’s mum doesn't want her to have to experience the racism she went through when she was a young gymnast herself.

Does Alkira make her way to the championships after all? You’ll have to watch the movie to find out!

For Eva, getting the part was an unconventional family effort – she received an email from the director asking her to send through an audition tape right when her family were on holidays in Queensland. Without the luxury of a professional taping in a studio, they had to get creative – so using their mum's mobile phone, her brother, Emilio, filmed the youngster delivering her lines in their hotel kitchen. Regardless of the recording challenges, Eva’s talent shone through and the audition was a success. “Fortunately, the director liked what he saw. They had a video conference after that and he gave her the role,” Eva's mum said.

The Glen Alpine resident, who has been acting since she was 7 years old, said she’d appeared in two children's television programs (including ‘Jay’s Jungle’ with Jay Laga'aia), a Spanish horror short film and a couple of TV commercials, but starring in this movie – her first feature film – was her biggest acting achievement to date.

“I really wanted to be in this film because I loved the first one, ‘A Second Chance’. It is one of my favourite movies, so when mum told me I had an audition for the sequel, I just knew I had to get it. I really like how there are lots of surprises in the movie and that it follows three 12-year-old girls on their own journeys to the gymnastics championships” — Eva Grados, student, St John's Campbelltown 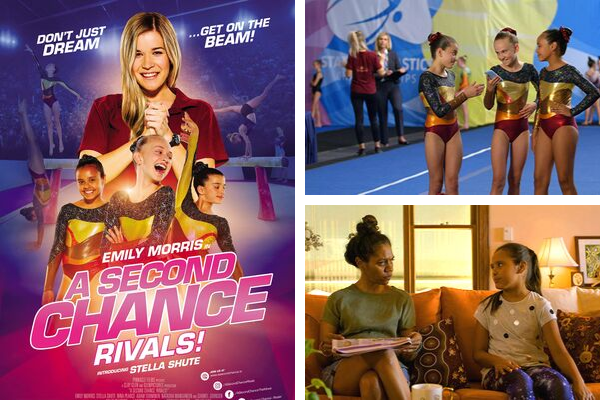 Eva spent four weeks filming the movie in Adelaide at the beginning of the year. She said the days were long – some starting at 5am, others finishing at 7pm – but she was thrilled to be a part of the “busy and exciting” experience on set, enjoying a gymnastic coach, full catering, hair, make up and even a personal driver.

Mum, Danielle, said she did “amazingly well” with the demanding filming schedule. “Eva handled herself so well, especially on those long, hot and tough days where scenes were shot many times from different angles. She did not complain once,” she said.

“I was very proud of Eva’s dedication to the film. She knew all her lines before she even started filming and when she received the call sheet for the next day, she would practice at night the scenes for the following day. She couldn't believe she was in one of her favourite movies. She loved the experience, and she’s made lifelong friends with the other two young co-leads” — Danielle Grados, Eva’s mum 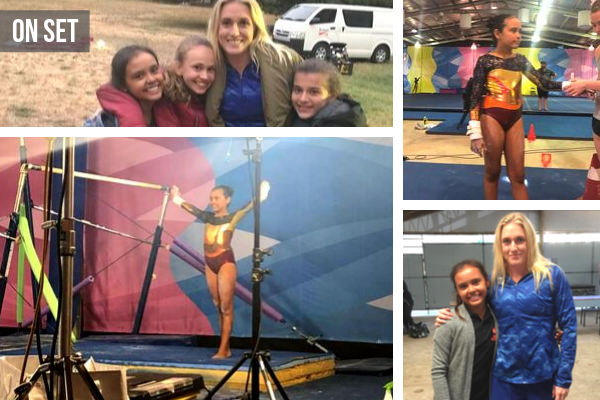 The Year 6 student said despite having never done gymnastics before stepping foot onto the movie set, she lapped up the experience.

“I was nervous when I arrived because I didn't know what to expect, but after a few days I started to have a lot of fun. I only did the basics for the gymnastics, which was still very hard. The acting part was the easy bit – I like how with acting, you get to be different characters and play another person; it’s like you’re leading a double life,” Eva said.

“I really loved going on set and filming all the different scenes. They were filmed in a different order to the movie, so it was great to see how it all comes together. My favourite part was working with the two other girls on the set, Stella and India. It was fun to make new friends.”

Eva most enjoyed filming the training boot camp scenes, which included Australian athlete, Sally Pearson. Pearson played herself in the movie, brought in to help train the girls in the lead up to the championships. “I get to yell out 'this is torture' and feel Sally's muscles,” she laughed.

Of Wiradjuri descent, Eva said she was also very proud to represent her community.

“I like that my character, Alkira, is Aboriginal and that she fought for what she wanted. I was happy to play a person who is like me. I like that I was able to connect and relate to her” — Eva Grados, student, St John’s Campbelltown

"I was also lucky to get to work with Natasha Wanganeen from ‘A Rabbit Proof Fence’, who played my on-screen mum," she said. 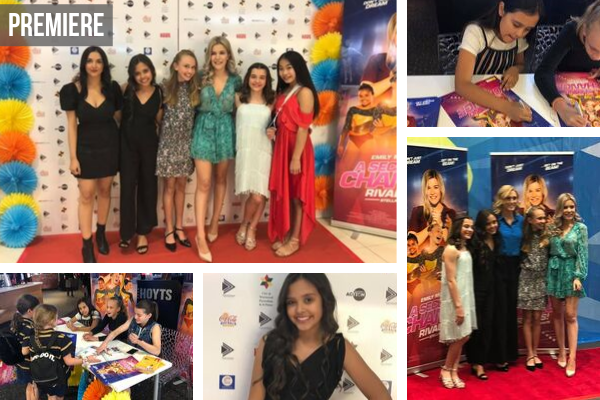 Eva has spent the last two weeks in a whirlwind of media, red carpets, cast meet-and-greets, autograph signings and interviews [see Coast FM radio interview below]. She attended the premiere of the movie at the Adelaide International Youth Film Festival last week, and is now on the road, attending a promotional tour with other cast members in Melbourne and Sydney ahead of the release in local cinemas this weekend.

Listen to Eva and her other two young co-leads, Stella and India, interviewed by Adelaide's Coast FM

The future looks bright for this rising star, who is eager for this film to be just the beginning.

“I hope to keep acting and be in more Australian or American feature films in the future. I have been doing it for a while now, it's a lot of fun. I’d love to work with someone like Rebel Wilson, and one day have my own Hollywood Star!” 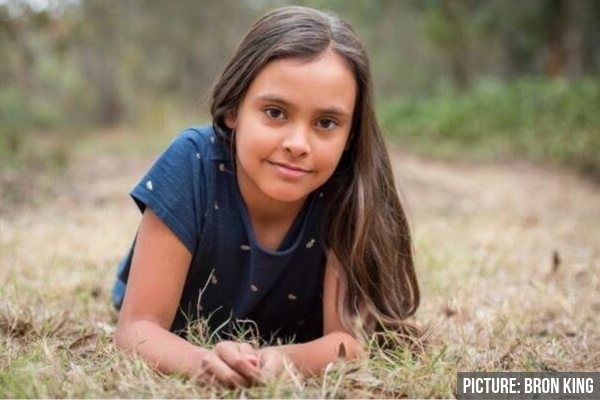