The Diocese of Wollongong is one of eleven dioceses in the state of New South Wales. The seat of the diocese is situated in the regional city of Wollongong, approximately 100 km south of Sydney, NSW, Australia.

Catholic Education Diocese of Wollongong (CEDoW) serves Catholic systemic school communities across the four regions of the Illawarra, Macarthur, Southern Highlands and Shoalhaven. Many parishes and schools have much longer histories, with some dating back to the early days of European settlement. Stories abound of wonderful lay people, clergy and religious who helped build the foundations of the vibrant Catholic school system we now enjoy.

The traditional owners of the lands upon which our Catholic schools are built are the indigenous people of the Dharawal, Tharawal, Gundungurra and Yuin nations. To this day, our Catholic systemic schools are greatly influenced by the life and culture of Aboriginal communities and continue to pay respect to elders past and present. Visit our Aboriginal and Torres Strait Islander Education page for more information.

There are currently 29 Catholic parish primary schools, eight Catholic co-educational secondary schools and one K-12 Catholic school, who together with our Catholic Education Office, constitute the system of Catholic schools in the Diocese of Wollongong.

There are also eight independent Catholic schools administered by religious congregations within the Diocese (known as congregational schools) - seven secondary schools, and one K-12 school for students with special needs.

Go to Find a School to see more details about each of our schools.

You can also find out more about the Organisation, Structure and Services within the Catholic Education Office here.

Geographically, our Diocese extends from the south–western Sydney suburbs of Camden and Campbelltown in the growing Macarthur region, and down the coast of the Illawarra and Shoalhaven regions, with Milton-Ulladulla at the southern edge. The Southern Highlands region, including the townships of Bowral, Moss Vale and Mittagong, are also included in our Diocese. See our map below for more information. 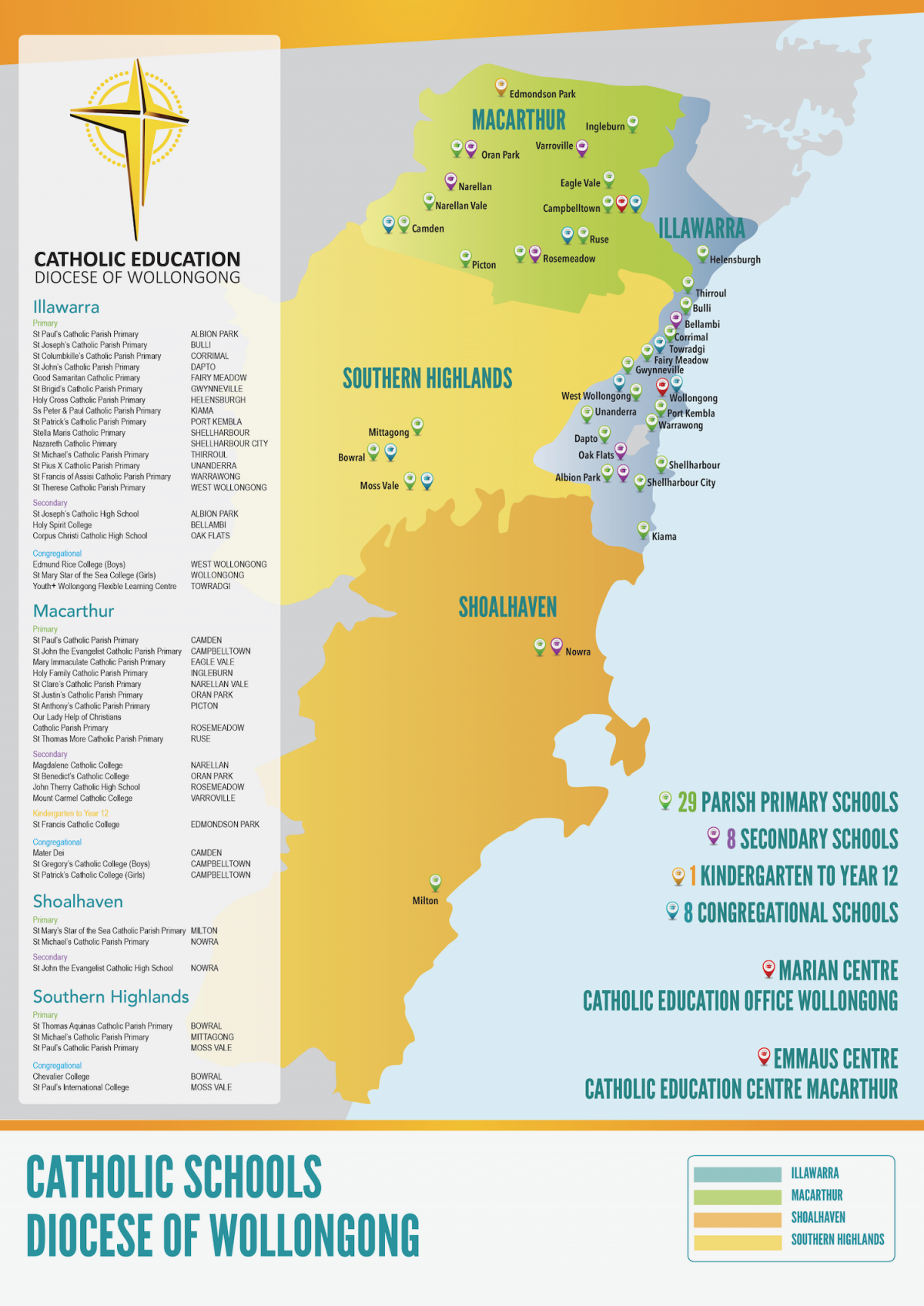