For the first time in 18 years, the relics of St Thérèse of Lisieux are currently visiting Australia on a four-month pilgrimage with her parents, Ss Louis and Zélie Martin. Mount Carmel Catholic College, Varroville has fittingly been the first school to host the relics of Carmelite saint and her parents on this 2020 pilgrimage. Mount Carmel teacher, Victoria Lee, captured the spirit of the school’s Opening Mass celebrating the occasion…

In a Catholic school community, the significant role parents play in raising our young, faith-filled learners is never far from mind.

Mount Carmel Catholic College was blessed to start our spiritual and academic year with a visit from St Thérèse of Lisieux and her parents, Ss Louis and Zélie Martin, to our 2020 Opening College Mass.

The relics of the saints arrived at Mount Carmel early on the morning of Friday, 31 January as part of the pilgrimage of Australia, and were placed in the chapel to allow students an opportunity for veneration. 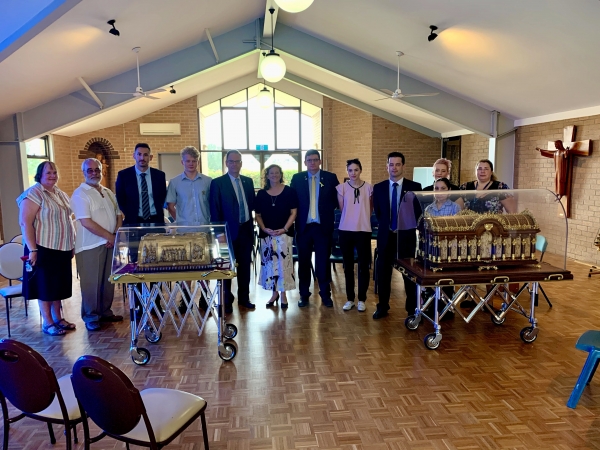 Year 11 students, Maria and Maria Louise, said they felt incredibly humbled to have the opportunity to pray in the presence of not one but three saints.

“It was really unusual to physically see something that directly connects you to God,” Maria said. “It allows you to really be present and focused on that one prayer and your purpose.”

Maria Louise said the knowledge she had gained of the saints and the lives they led was inspiring.

“The most important part to me, and maybe to a lot of other students, is that the saints were ordinary people and that any of us could do some good things. It may not get us recognised but it may very well have a meaningful impact on other people” — Maria Louise, Year 11 student, Mount Carmel Catholic College 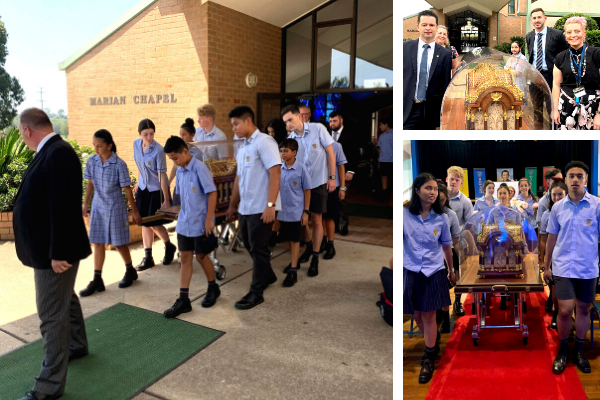 Ss Louis and Zélie Martin are the only married couple to have been canonised and it was in recognition of their pivotal role in shaping the goodness of their daughter, St Thérèse, a woman of prayer and virtue who Pope St Pius X referred to as “the greatest saint of modern times”.

The visit offered students the chance to reflect upon the impact their own parents and guardians have had – and will continue to have – as they grow through adolescence, establishing their identity and the fingerprint they hope to leave upon the world.

Principal, Steve Lo Cascio, said he recognised the honour of knowing Mount Carmel Catholic College was among very few schools have had or ever will have the presence of saints during a full-school mass.

“This honour for Mount Carmel is magnified by the fact that we had the relics of [not one, but] three saints. We are incredibly proud of the reverence the students showed. They embraced the pilgrimage of the saints and thought about the way the saints’ example could be used within their own lives” — Steve Lo Cascio, Principal, Mount Carmel Catholic College 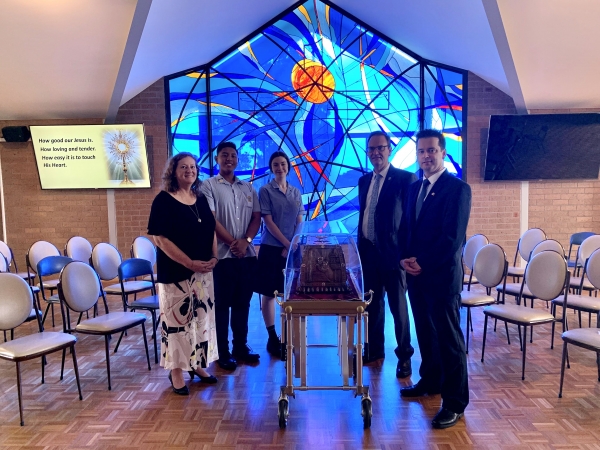 The relics of St Thérèse and her parents were moved from the chapel to the Champagnat Centre stage, where they sat as Father Shane Kelleher delivered the mass of Ss Louis and Zélie.

Father Shane’s homily discussed the role of the family, and the impact and influence that St Thérèse’s parents had in being simple people of love, prayer and faith.

“As Father Shane said, these parents first evangelised St Thérèse herself, who then shared her faith with all those who encountered her in her own life. What I think is really significant is the flow-on of that ripple effect which continues and extends to all of us even today” — David Cloran, Assistant Principal, Mount Carmel Catholic College

Students were again given the opportunity for veneration following the conclusion of the Opening Mass, when the relics were returned to the College Chapel. 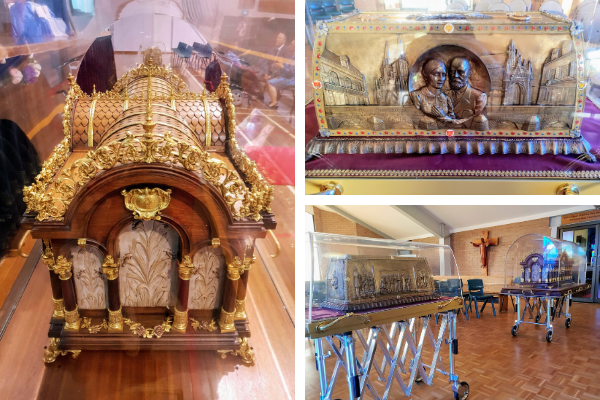 Catholic Mission Diocese Director for the Diocese of Bathurst and Wilcannia-Forbes, Mr Mike Deasy, who is travelling as part of the pilgrimage, said he was delighted that over 1000 students had the opportunity to connect with God through the saints.

“It’s great to have young people engaged in this way,” he said.

Prior to the mass at the College, the relics were in repose at the Carmelite community.

“We had more than 2500 people through Our Lady of Mount Carmel Church to venerate over the past few days,” Mr Deasy said. “It’s fantastic to bring together people from all over the Wollongong Diocese, and from outside of it as well.”

The official commencement of the pilgrimage will be marked by the Vigil Mass on Saturday evening at St Mary’s Cathedral in Sydney.

St Thérèse and her parents will be returning to travel further throughout the diocese in March. See the full Diocese of Wollongong itinerary here. Learn more about the 2020 pilgrimage – including documentary footage and other resources – from Catholic Mission here.