Does music teach us good values? 'Social' media...is it? The changing face of Australia. 2018 – what would Jesus think? These are some of the big issues tackled by our Years 5 and 6 students this year for the annual CDF Diocesan Public Speaking competition.

The 2018 competition began in Term 3, with every Stage 3 student required to write and present a short speech in front of their peers. One student per grade was chosen from each school to represent them at the regional finals - one in the Illawarra and one in the Macarthur - where the top three from each grade were selected to again advance.

Last week saw the culmination of these rounds, with the top six students from Years 5 and 6 competing in the Diocesan grand final, held at St Clare’s, Narellan Vale.

Congratulations to the following students who made it to the Diocesan grand final: 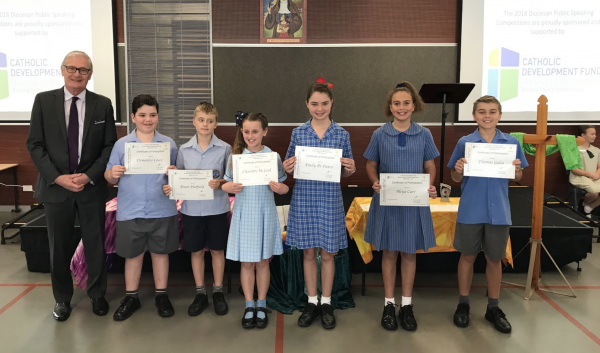 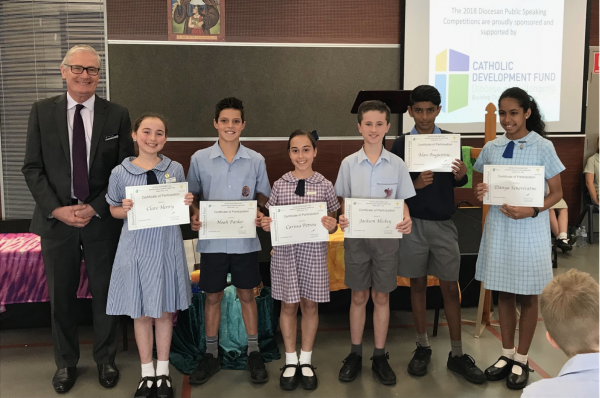 Grand final adjudicators, Dignity Operations Manager and experienced public speaker, Mrs Gabrielle McPherson, and St Benedict’s Oran Park teacher, Mr Andrew Lundy, commented that their job of selecting three place-getters from each grade was a difficult one, given the high quality of the speakers on the day.

Congratulations to the following students, who were successful in placing in this year's Diocesan Year 5 Public Speaking competition:

Domenico C - St Paul’s, Camden  (Topic: The Choice Is Yours)

Aleya C - St Joseph’s, Bulli  (Topic: The Choice Is Yours) 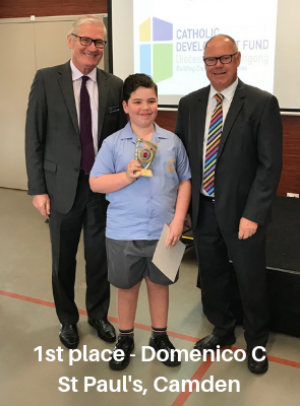 The judges commented that the St Paul’s, Camden student had a commanding presence on stage and an engaging and sincere style. They said his speech was very relatable to both the students and adults in the audience. Domenico was also praised for using his facial expressions, eye contact, gestures and body control to engage the audience and get his point across.

Domenico said before he presented his speech, he was experiencing a mix of emotions - including a “small bit of nerves”.

“But when I started my speech, all of my worries melted away and I took the stage with excitement,” he said. “When they announced I was the winner, I was startled, but also proud of my achievement.” 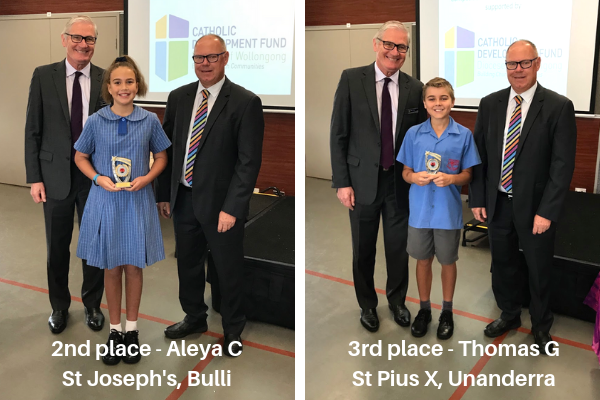 Congratulations to the following students, who were successful in placing in this year's Diocesan Year 6 Public Speaking competition:

Alan A - St John’s, Dapto  (Topic: Wealth is Not Measured by Money or Possessions)

Noah P - Ss Peter and Paul, Kiama  (Topic: How Would You Define Courage?)

Carissa P - Nazareth, Shellharbour  (Topic: Wealth is Not Measured by Money or Possessions) 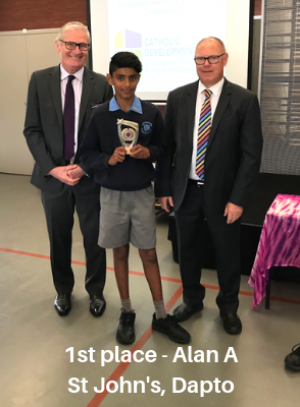 Winner of the Year 6 competition, Alan, engaged his audience with a well-researched and well-constructed speech that included relevant personal examples. He proposed that true wealth is ultimately your character - the character that defines you as a person, your values and your attitudes. In Alan's words: "money doesn't make you rich; character does. It doesn't really matter what we have, but it matters who we are".

The St John’s, Dapto student spoke comfortably and confidently about a topic that clearly meant a lot to him. The judges noted that he had an informal and relaxed style, with a use of gestures that was subtle, but effective.

"I really enjoyed the experience I had. I have to admit though, that I was really nervous," Alan said. "I never imagined that I would get first place. That was a bit of a surprise for me. Especially when the competition was very hard and the other speeches were so good." 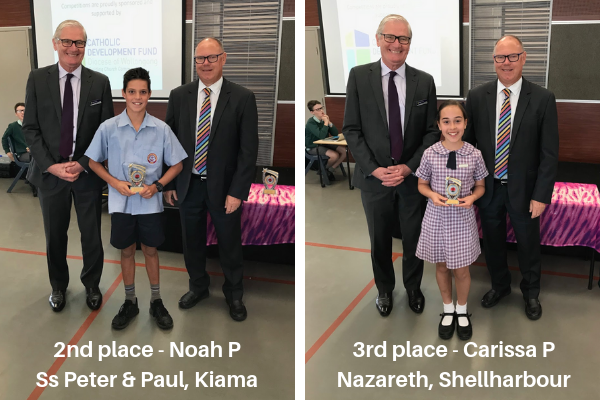 Convenor of the competition, CEDoW Education Officer, Jo Robinson, thanked the students and schools in attendance and the two adjudicators for their time and expertise on the day.

She said this year’s public speaking grand final was “a huge success” that celebrated the achievement of all twelve speakers who qualified in the recent regional competitions.

“This competition is important, as it allows students to showcase their skills and express their thoughts in a public speaking forum. The speeches were once again of a very high standard and the audience was both informed and entertained by the students over a range of topics,” Ms Robinson said.

CEDoW acknowledges and thanks the Catholic Development Fund for their continued financial support of the CDF Diocesan Public Speaking competition, which allows this opportunity for our students to continue every year.