Sport is both a passion and vocation for CEDoW Professional Officer – Diocesan Sport, John Sparks, who has recently been honoured with Life Membership by New South Wales Combined Catholic Colleges (NSWCCC) in recognition of his exemplary contribution to Catholic school sport.

Life Membership is awarded to individuals who have left a mark on school sport through their dedication and commitment to supporting and developing sport and mentorship programs for young people across all sports codes in NSW.

Catholic Schools NSW CEO, Dallas McInerney, said John has been involved with NSWCCC sport since its inception, most significantly as their Chairperson.

“For over twenty years, John's been involved on the NSWCCC Executive. He's provided excellent leadership and counsel, with his support integral to the development of innovative and quality sporting pathways for students,” Mr McInerney said.

This has included assisting with the celebrated NSWCCC Blues Awards, preparing the media presentation, and being the emcee helping to ensure this is a successful event across a statewide audience.

In addition to his responsibilities as a diocesan representative on the NSWCCC council, John goes above and beyond to facilitate sports opportunities across the state, with many of these roles being volunteer positions.

Aside from John’s involvement at an NSWCCC level, his dedication has seen extensive development to sporting programs and opportunities for students throughout the Diocese of Wollongong, including the esteemed annual CDF Diocesan Sports Awards. Further, John’s manner of operation has extended to supporting, empowering, and mentoring numerous staff members.

CEDoW Education Project Officer, Kathryn Preece, who has worked closely with John over the years, commended him for his valuable contribution. “John has a strong vision and mission for Catholic sport that has been built on tradition but not defined or limited by it,” Mrs Preece said.

“He's championed the cause of all who have approached him, consistently showing a willingness to evolve, listen and work to improve pathway opportunities, and a positive sporting experience." 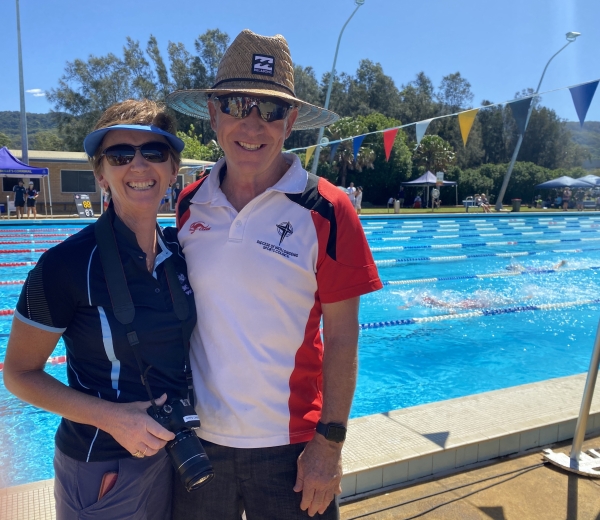 John's commitment to sport has made a significant difference to the lives of many students, creating opportunities for them to grow both in and outside of the classroom and excel in their chosen sport. With a great ability to see a need and then act, John has advocated for regional schools to have access to the same opportunities as city schools, ensuring diversity and inclusion for all.

CEDoW Director of Schools, Peter Hill, said this is much-deserved recognition. “John’s leadership is evident in all aspects of his work,” he said. “This is especially so in the humble and practical way he approaches people, respecting the dignity of all he encounters.”

“John has shown great management, evidenced by him being held in the highest esteem by his colleagues. We’re fortunate to have his expertise in leading and delivering quality Sport and Personal Development, Health, and Physical Education for CEDoW. John’s contribution has made him integral to Catholic education, and through his work, he’s made real the egalitarian and transformative power of sport.”

Reflecting on the award, John said that he was humbled. “You don't do the job for recognition but I feel honoured that my time and contributions have been highlighted and that maybe just maybe I have made a difference in some of the kids in our schools.”