News | Over The Wall

Why did Humpty Dumpty fall? How does an egg move? If Humpty wanted to sit safely on the wall, how could the structure be changed to keep him upright?

These are some of the key inquiry learning questions children from Kindergarten Blue at St Francis of Assisi Warrawong have been investigating, as part of their STEM inquiry based unit – and they’ve left no brick unturned!

It all began one Monday morning when, to the children’s amazement, they discovered that while St Francis of Assisi was empty, Humpty Dumpty had set himself up on a wall in their classroom. Since then it’s been their mission to save him!

“A few days later, we came into class and Humpty had fallen,” said Kindergarten Blue Teacher, Melissa Beckhaus. “We were all very worried about this, but it got us thinking.”

Since then, Kindergarten have worked hard to discover what happened to poor Humpty Dumpty by using their scientific knowledge of materials, and push and pull forces. They’ve even been planning to build devices to transport Humpty Dumpty to the hospital, and designing a solution that could have possibly prevented him from falling.

Throughout this year, Kindergarten teachers from St Francis of Assisi Warrawong; St Brigid’s Gwynneville; St John’s Dapto; St Columbkille’s Corrimal; and St Thomas Aquinas Bowral have formed a learning collaborative. The core purpose of this collaborative is to design engaging and active teaching, learning and assessment experiences through the implementation of a range of age-appropriate pedagogies, including learning through play. 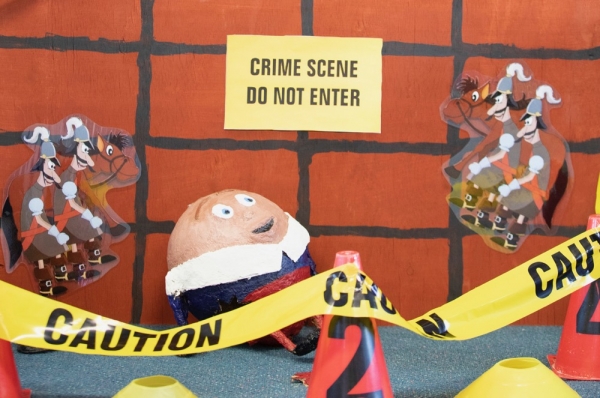 CEDoW Education Officer, Joanne Treffone said the collaborative has explored key elements such as learning through relationships; play-based learning in a culture of inquiry; the role of the learning environment; and assessment for, as, and of learning through the use of pedagogical documentation, which makes children’s thinking and learning visible to the child, their classmates, teachers and the family.

“These child-centred, developmentally appropriate integrated programs of learning have allowed the Kindergarten children to show their capabilities through something that comes quite naturally to them – play,” Mrs Treffone said. “As children learn through play and inquiry, they develop – and have the opportunity to practise every day – many of the skills and competencies they will need in order to thrive in the future, including the ability to engage in innovative and complex problem-solving, and critical and creative thinking.”

“Through these techniques, they also learn to work collaboratively with others. They take what is learned and apply it in new situations in a constantly changing world,” Mrs Treffone said.

“We’ve found that children learn best when they are actively engaged in purposeful learning experiences. The oral language of students has improved considerably through this strength-based model and the children have been highly engaged and motivated, talking with their parents about what they are learning at school.”

In the case of Humpty Dumpty, the children immersed themselves in the engineering design process, testing devices that could accommodate the unique shape of an egg and analysing the results to improve their product. This imaginative way of learning has been popular with students and teachers alike.

“Students are engaging in analysing, collecting and recording data throughout this collaborative play and inquiry based unit,” Mrs Beckhaus said. “They will study and test various common materials, then use their collected data to help design a structure that will keep Humpty Dumpty from falling off a wall."

After this, students will be given the opportunity to analyse their data and redesign the structure to improve the results. "I’ve seen a huge improvement in their development of oral language skills and the ways the children can use metalanguage," said Mrs Beckhaus. "The best part of this unit is the way it challenges students to think, ask questions, talk to each other, and create. As for Humpty Dumpty, he needs all the help he can get!” 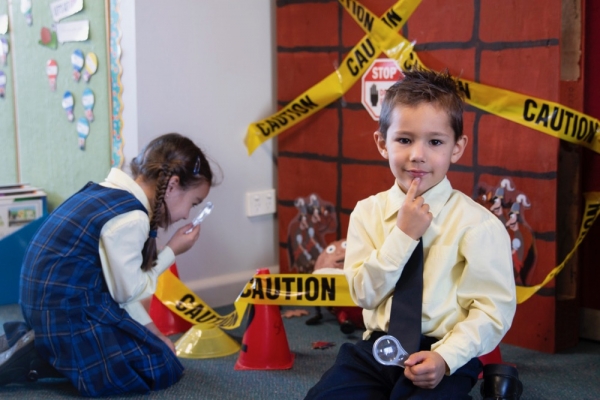 Mrs Beckhaus recommends looking into this unit if it sounds like something a school might like to try. “Students are making connections with each other socially and also within their learning. They can apply their prior knowledge to a different context,” Mrs Beckhaus said. “While the unit is still in progress, there have been many great ideas.”

What Kindergarten think happened to Humpty...

How did he fall? Did someone push him?

“Well, he probably fell because the neighbourhood cat jumped up and pushed him off the wall,” Christian said.

“I think he fell because someone in the library next door accidentally pushed on the wall and Humpty rolled down the wall,” Mia said.

“Humpty Dumpty fell because he has a round body, so he must have rolled right off the wall - and tall walls are not safe places for eggs to sit," Amelia surmised.

Could we have prevented (or softened) his fall?

“I think we could use a trampoline at the bottom of the wall so he wouldn’t crack,” said Karem.

“I think we could have stopped him from falling if we put a comfy pillow at the bottom,” Angelina suggested.

“No he would always fall because he is round and can’t sit on a flat wall without falling,” said Aleksander.

Kindergarten Blue are hoping to solve this mystery soon - they’re on the case! Apologies are extended to any tradespeople working at St Francis of Assisi who may have been wrongly accused as possible ‘suspects’ throughout this project.