"There is no more profoundly important or noble calling than teaching" - Peter Turner, former CEDoW Director of Schools.

As a young student at Marist College, Kogarah, Peter Turner dreamed of being a teacher. Little did he know then the profound impact his passion and deep commitment to Catholic education would have on the lives of the many students, families and staff he went on to support as a teacher, principal and diocean director.

In honour of his lifetime commitment to Catholic education, the former Director of Schools for Catholic Education Diocese of Wollongong (CEDoW) has received the 2021 Br Kelvin Canavan FMS Catholic School Leadership Award, which was presented to him virtually at the recent Catholic Schools NSW Education Law Symposium.

The prestigious award recognises leaders with a teaching background who have moved into education administration and exercised leadership in education, through example, personal faith and discipleship, commitment to growth-oriented support of others, and focus on the benefit of all schools in NSW.

This year’s award also acknowledges Mr Turner’s 45 years of exceptional contribution to Catholic education through his tireless work as an advocate, negotiator and architect of authentic, effective Catholic schools and systems at the diocesan, state, national and international levels, along with his achievements as a relational leader, a man of deep faith, integrity, courage, honesty, stewardship and compassion. 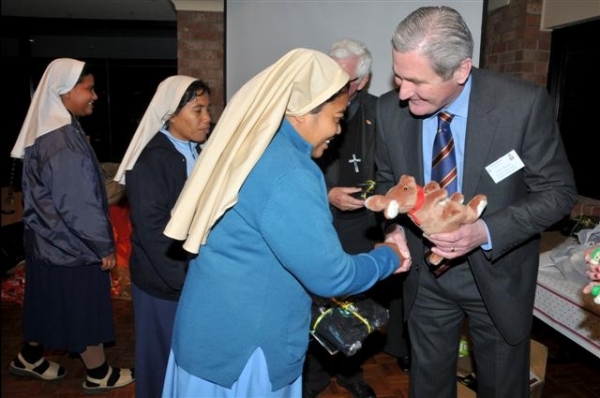 Mr Turner, who retired as Director of Schools in December 2019, was extremely honoured and privileged to receive the award named after his mentor and friend.

“In my view, Kelvin would be one of most significant Catholic educators in the history of this country,” he said. “I worked with him in the Archdiocese of Sydney where he was the Executive Director of Schools, and his focus was always on the importance of the teacher and the child, and making a difference in the lives of children.  I learnt a great deal from him and I’m very honored to receive it in his name, mainly because it honours the profession and all the great people who work in it.”

After starting his teaching career in 1974 at St Patrick’s College, Sutherland, Mr Turner’s many successes included foundation principalship at both Aquinas College, Menai and Freeman Catholic High School, Bonnyrigg Heights, and 13 years as Director of Schools in the Diocese of Wollongong, all of which he considers to be his biggest career achievements. 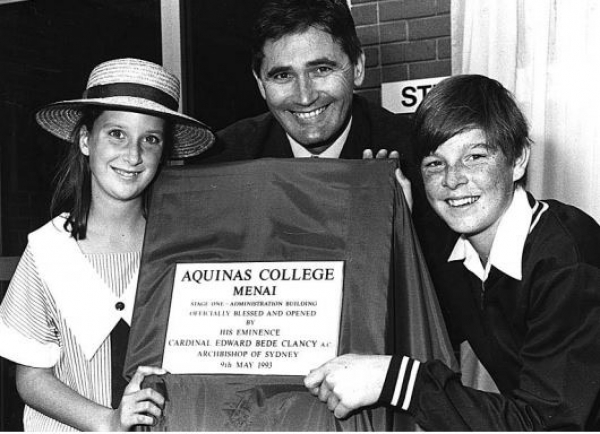 “I loved the fact that they were new schools and I had the opportunity to work with like-minded people to build the schools around the things that I think really mattered,” he said. “I also cherish my 13 years in Wollongong. l learnt so much from so many people.”

While retirement from his position of Director of Schools has allowed him to spend time on important grandparent duties (like the school drop off role for his two young grandsons), Mr Turner is still actively involved in Catholic education through his work with the Education Council of the Bathurst diocese, the Marist Education Council and the Edmund Rice Education Australia Council.

When asked what he misses most about his 45 years of service, being the relational leader he is, he simply responded, “the people”.

Watch above to view full interview with Peter Turner

“For me, my work has always been about the people,” he said. “I miss going to the office and going to schools. I miss the opportunity to work with young teachers, I particularly miss their energy and commitment.”

As schools prepare for the return of face-to-face learning, Mr Turner had this important message for teachers:

“Never lose sight of the difference you make in the lives of young people," he said. "There’s a child sitting in your classroom who waits upon every word that you offer, and the actions that you carry out and model for them. Perhaps for that child you’re the only person in their life who does that and it's a great privilege.”

Congratulations Mr Turner on this truly deserving award. Thank you for your commitment and the difference you have made to the lives of so many students, families and teachers during your 45 years of service to Catholic education.