In a formidable coming-together of a school community, Good Samaritan Fairy Meadow students from Kindergarten to Year 6, former students, parents, grandparents and teachers have worked together to put on a spectacular stage performance of ‘Kids in Camelot’.

Over 80 students participated in the special school event, dedicating themselves to after-school practices for the past two terms, and even weekend sessions in the lead up to the shows this week.

With characters like King Arthur, Merlin, Sir Lancelot, Lady Guinevere ably supported by a cast of court jesters, peasants, damsels in distress, robbers and prisoners, the play is based on a Mark Twain story of a modern day boy who goes back in time to visit Camelot...and learns some of life's lessons on the way!

Started in 2012 by Good Samaritan parents, Catherine Philpott and Rita Finlay-Joseph, THinGS brings together parents’ and families’ own relevant background experiences to support the school’s arts program and give the students extra opportunities and exposure to the performing arts.

“THinGS is Good Samaritan's theatre group, encouraging the love of each other's gifts and skills through community working together,” Mrs Finlay-Joseph said.

“We wanted to give the students the experience of theatre so they could share their talents with their families and the whole school community. It's about giving every child the opportunity to shine on stage and be involved in the excitement of stage lights, elaborate costumes and stage makeup.” 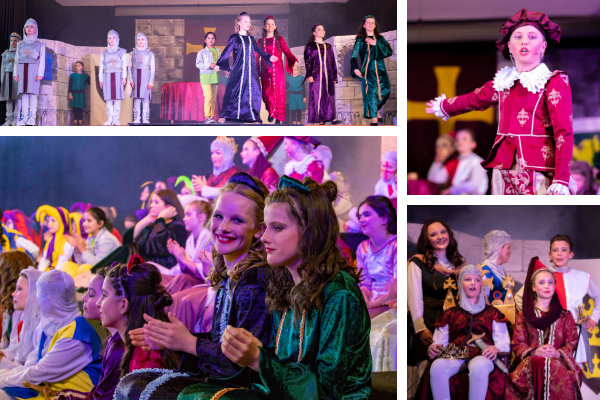 Even former THinGS students - now in high school themselves - came back as mentors to the younger students, teaching them all the techniques they’d learned over the years in previous productions. They also served as the backstage crew, managing the lighting, sound and scenes.

Former Good Samaritan student, Georgia, is now in Year 8, but returned to help as a senior mentor for the younger children, teaching them about the skills of performance and stage presence.

“As a mentor, I enjoy rehearsals because I get to help the younger students and put some of their anxieties aside when performing," she said. "My favourite part about THinGS is the professional level for a primary school production, it really makes me proud to be involved.” 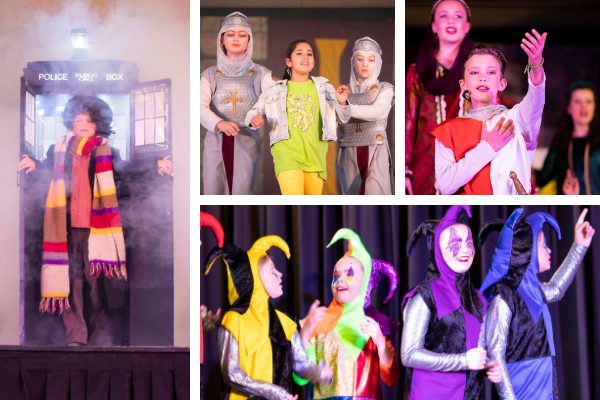 After a final dress rehearsal on Tuesday, the cast and crew performed a fantastic matinee and evening show on Wednesday to all the students’, families’ and friends’ delight and cheers.

“The students brought together an awe of a performance which has made our whole Good Samaritan school community so incredibly proud” - Director, Rita Finlay-Joseph.

Year 6 student, Hannah, has loved being involved in THinGS since her role in ‘Once Upon a Time’ when she was in Kindergarten. She played Merlin in this year’s production.

“I love performing because of the adrenaline rushing through your body; you have your friends around you all in costume with stage makeup and hair all done up,” she said.

“THinGS is like one big family where everyone can be whoever they want to be and not be judged in any way. I recommend all children get involved - it’s a great experience to try something different and be someone else on stage.”

Year 4 student, Noah, also began his involvement in Kindergarten with a play called ‘Kids At Sea’. He said he thoroughly enjoys school theatre.

“I was one of the robbers this time. I enjoyed all the rehearsals and performances because I was with my friends and we could have fun together on and off the stage.” 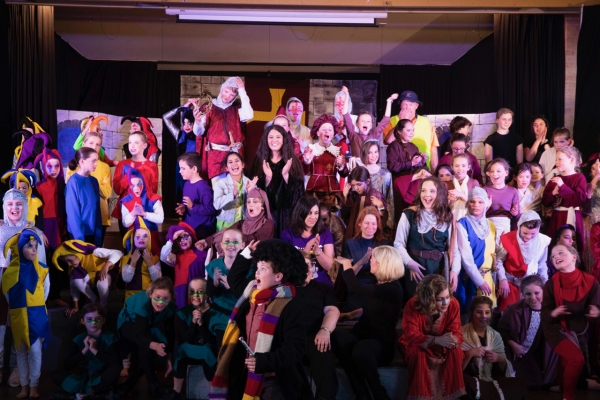