More than a century of rich Marist tradition and commitment is set to continue in the Diocese of Wollongong thanks to a Statement of Shared Understanding between the Bishop of Wollongong and the Provincial of the Marist Brothers.

The statement was formally launched at John Therry Catholic College, Rosemeadow, on Tuesday 19 July 2022 and will ensure the partnership between the Institute—exercised through Marist Schools Australia (MSA)—and the Diocese of Wollongong continues for the next five years.

Most Rev Brian G Mascord, Bishop of Wollongong, said he is delighted with the ongoing partnership and support the Marist Brothers provide to Catholic education in the diocese.

“The Institute of the Marist Brothers has played a significant role in developing the hearts, hands and minds of students and staff throughout the Diocese of Wollongong since 1905,” he said. “This statement will ensure John Therry and Mt Carmel continue to witness to distinctive educational, spiritual, moral and social purposes within the evangelising mission of the Church, founded on faith in Jesus Christ, and expressed in a mutually agreed vision and mission statement.” 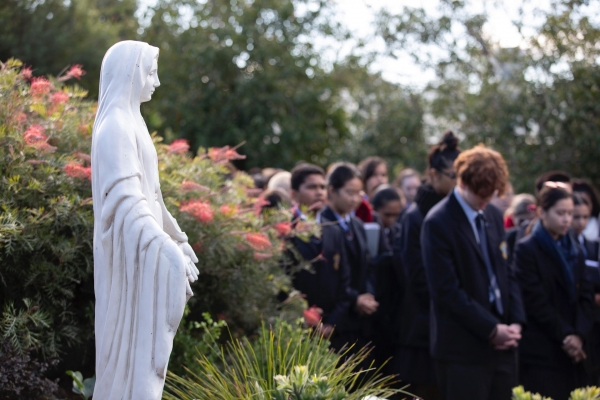 CEDoW values the history, tradition and contribution of the Marists, and is committed to ensuring that Marist spirituality and traditions continue to contribute to the faith life of the Diocese through both school communities, The Hermitage at Mittagong and St Gregory’s College, Campbelltown.

Through the statement, CEDoW and MSA have also committed to exploring future opportunities for collaboration such as the development of new schools;  education works of special character; and collaborative staff formation opportunities.

The launch was attended by CEDoW Director of Schools, Peter Hill; MSA Regional Director (NSW & ACT), John Robinson; along with the principal and assistant principal from both John Therry and Mount Carmel.