Young innovator, Thomas Walker, a Year 12 student at Holy Spirit College, Bellambi is aspiring to reduce deaths on and around our roads with his design innovation, 'Illuma Ride', which alerts drivers to the position of other road users through a wearable set of solar-powered indicators.

Thomas’ ingenuity was recognised during the STEM MAD (Making a Difference) Showcase at this year’s National Catholic Education Commission Conference, where he took out the competitive award in the Secondary category: the Artful Ingenuity Design Award. Thomas was also a finalist in the Future is STEM Award category.

Thomas said the Illuma Ride wearable indicators, which double as passive hazard lights, are intended to be worn by cyclists, scooter riders, and even runners.

“With the increased presence of e-scooters and e-bikes being introduced into most states, Illuma Ride is a must-have product,” he said. “It has the potential to prevent many deaths and injuries.”

The showcase provides an exciting opportunity for primary and secondary students to share their projects with peers and judges and demonstrates how students in Catholic schools are taking practical action to make a difference in the world by acting for justice and the common good.

Participants had the honour of listening to the keynote speaker, Dr Jordan Nguyen, one of Australia’s most innovative engineers, who spoke about his journey of design and innovation. This was a great opportunity for students to be further inspired by what the world of STEM has to offer. 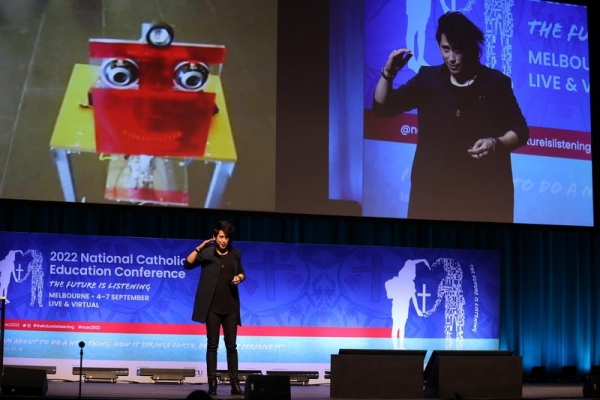 “Thomas’ enthusiasm in sharing his learning with an extensive range of adults and other students from across the national Catholic network was noteworthy,” he said. “He confidently presented his design innovation succinctly, answering questions posed by his audience with honesty and self-reflection.”

“Judges were impressed with Thomas' design creativity, focus on safety, and execution of practical skills,” he said. “He was a great ambassador for the diocese. We hope to continue this success with more submissions to STEM MAD in 2023.” 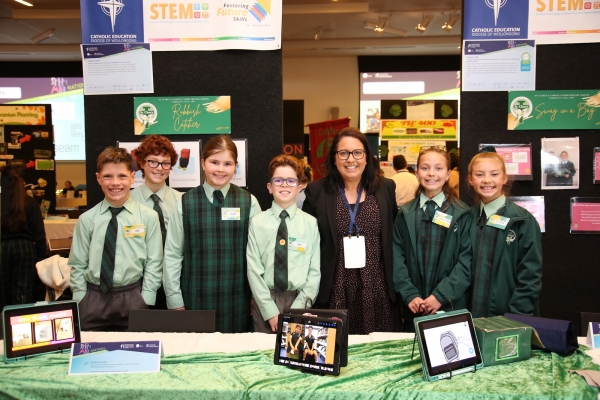 Inspired by the call to help the thousands of people sleeping rough on our streets, the students' design includes a tent and a variety of goods to help those who have nowhere safe to sleep.

"Swag in a Bag isn’t going to solve the problem but hopefully it can make a small difference by providing people with a safer, more comfortable space to sleep", Amelia-Maree and Victoria said. 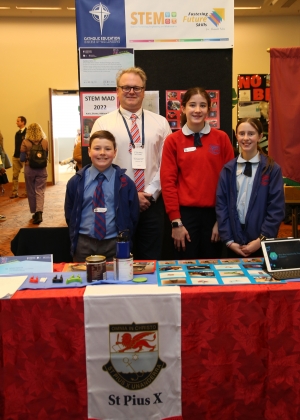 Special thanks to the CEDoW teachers who supported students, Jason Smith, Andrew Hales, Katrina Crews, and Lisa-Maree Beauchamp. The CEDoW STEM MAD award winners will be announced at Spotlight 22, which will be held on 27-28 October.

Photographs by the National Catholic Education Commission / The School Photographer