In a wonderful gesture of kindness, Year 4 student Beau Hart from Stella Maris, Shellharbour recently donated to the Vinnies NSW Drought Appeal his valuable ice-cream container of savings for an upcoming holiday.

“I brought in my container of money because the farmers need it more than I do for my holiday,” said Beau. “I would be sad if the animals didn't survive. It's important to give this money to the farmers so they can have enough supplies to look after themselves and their families, as well as their animals.”

Promoted by the Year 6 leaders at Stella Maris, students were invited to wear mufti clothes on August 17, in exchange for a gold coin or a small banknote donation.

The Year 6 leaders shared information about the devastating impact of the drought on NSW farming communities, and asked everyone to remember those suffering in their prayers.

Students and staff dressed up in farmer-like outfits, with many looking the part in checked shirts, jeans, Akubra’s and boots.

The goal for the fundraiser was $500, a number far surpassed with the final total reaching over the $2,000 mark! This money was presented to Mr Peter Lindwall from the St Vincent de Paul Society at a school assembly.

“Our mufti day was like no other held at our school, it was awesome! It certainly assisted us to live out our faith mission of supporting those who are less-privileged than we are," said Principal Danny Sykes.

“I sincerely thank everyone for contributing so generously and I know that through this effort people living on farms in NSW will receive much needed support to buy food, pay bills and feed livestock.” 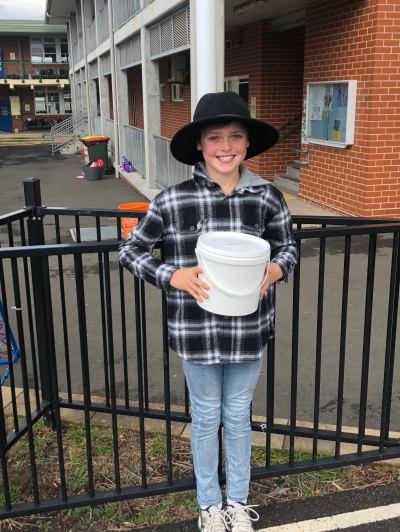 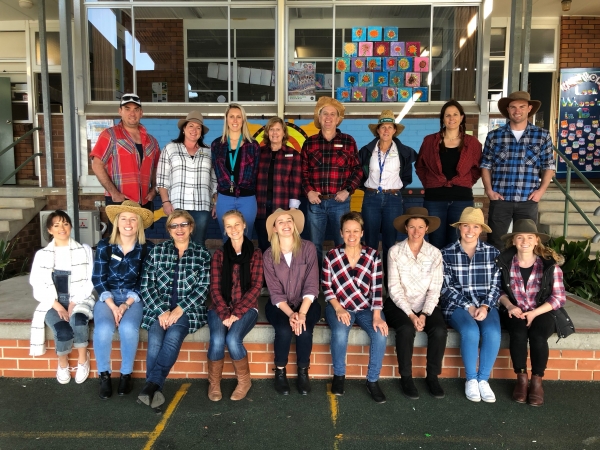 While at St Michael’s, Nowra their school 'Mini Vinnies' team, comprising an impressive 50 Year 6 students, decided to jump on-board to assist the Vinnies Drought Appeal through a ‘Flanno for a Farmer Day'.

“We went around our school to explain to students how hard it is for farmers at the moment and that by donating, we can make a difference together,” said students Amelia and Amelie.

“We had to explain what a flanno is to Kindy though!”

The team proposed the slogan ‘Flanno for a Farmer’ for the event held on 24 September. Students were asked to come to school dressed in a flanno, by a gold coin donation.

The students set themselves the goal to raise $1,000 however a total of $2,000 was raised - double their target!

Student Jaimi said she was proud of how much she and her peers had raised, "We didn’t expect to raise that much money as a school to help our hard-working farmers,” she said.

“We were surprised how many people got involved. Our local farmers are struggling but not as bad as the farmers out west,” said students Sophia and Vienna.

Later on the same day, 35 students from the 'Mini Vinnies' team braved the cold with a sleep-out towards their Vinnies Winter Appeal fundraiser. Through sponsorship and donations, the sleep-out event raised $3,500!

On the one day, across two key events, St Michael's raised a remarkable $5,500 for Vinnies - in support of both drought stricken farmers and the homeless in the Shoalhaven.

Below, Year 6 teacher Meg Davis with some of the St Michael’s 'Mini Vinnies' team 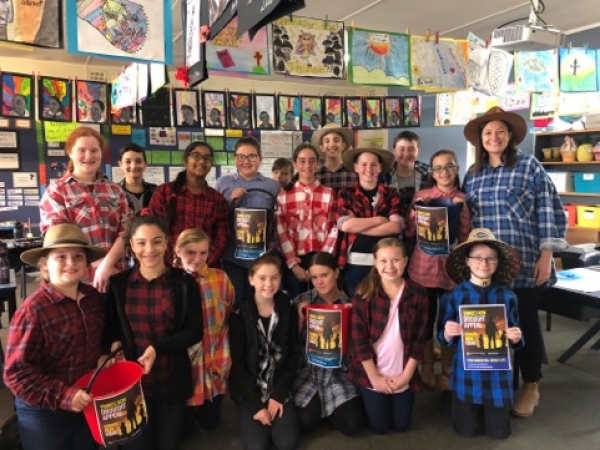 The efforts by Stella Maris and St Michael's are two examples of the many great fundraising initiatives that have been organised and championed by our schools, with many of these events being shared on social media.

From mufti days and 'Fiver for a Farmer' fundraisers, to talent quests, a spell-a-thon and a map of Australia being drawn on a playground filled with coins to show areas affected by drought (including 100% of NSW), the CEDoW community has banded together to gift thousands of dollars in support of drought-affected families and communities.

Aligned with our Faith in Action guidelines, CEDoW has strongly promoted individual and school community support be provided to the Vinnies Drought Appeal.

Principals have been encouraged to continue to raise awareness across their school communities about the financial support available for families experiencing hardship caused by the drought under the concession provisions of our Diocesan School Fee Management Policy.

Further, if anyone knows of a family within our system in need of assistance they are asked to advise them to contact their local Vinnies Conference Leader.

“With the enormous level of media attention about the drought and the severity and devastation starting to hit home, this has generated a great deal of interest from our students and parents wanting to do something to help the struggling farmers,” said Josie Cooks, CEDoW Community Development Officer.

“The support from our school communities has been fantastic with over $25,000 raised to date! This fundraising is very typical of the generous support our schools provide," she said.