Posted 16 May 2018 by Catholic Education in News

Students from Ss Peter and Paul, Kiama have proven themselves worthy competitors in their first year at the Australian Aeronautical Velocity Challenge (AAVC) - a competition designed to encourage STEM skills across all year levels and education sectors, by building rockets, planes and drones to complete various challenges.

The Australian-wide initiative, focused on addressing Australia’s shortage of scientists and engineers, welcomed over 300 students at the Illawarra Regional Finals over two days of competition. Students partook in design thinking as they collaborated together to plan, build and innovate bottle rockets to achieve a maximum distance travelled.

When it came to the moment everyone was looking forward to most - the launches - there was a mix of long and impressive flights. The day’s youngest competitors, Kiama’s Kindergarten team, performed very strongly at 60 metres - a distance that would have seen them win the primary division outright a couple of years ago.

“We learnt that to build a rocket you need plastic bottles, cardboard and sticky tape. Our rocket had lots and lots of stickers on it and it went a long way,” Kindergarten student, Mikayla said.

Fellow team member, Isaac agreed: “I was proud of my whole rocket. I liked building it and repairing it. We learnt that you need to make little fins but you need big fins, too.” 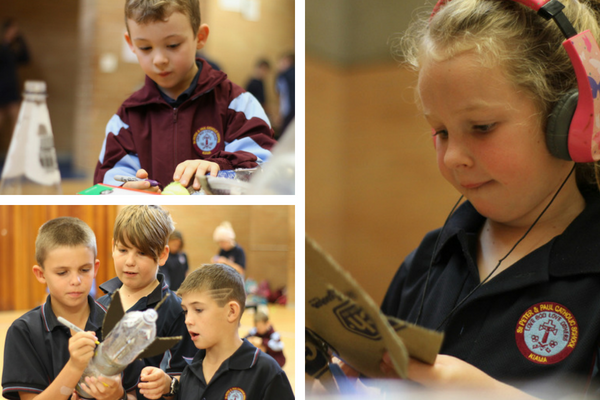 Year One student, Emily, said her team also learned it had to put weight in the rocket’s nose to make it go further: “I liked making my own rocket and watching it when we launched it. Our team’s rocket went 59 metres.”

Kiama’s best result of the day came from one of its Stage 3 teams - they finished the day in 3rd place, with their rocket travelling 90 metres. Year 5 team member, Leo said the boys were proud of their achievements: “It was really cool. We learnt the word ‘aerodynamics’ and how to create changes in your rocket to improve the distance it went.

“I especially enjoyed working as a team and seeing our progress. It was good knowing that there was not just one leader, but everyone’s ideas contributed. The support fins my team member made were awesome and made our rocket glide,” he said.

The bottle rockets competition is an attractive STEM activity for the competing schools - it offers wonderful teaching elements of design, maths and physics and provides plenty of concept-design variables in the fin and nose cone, rocket mass and balance, and air/water fuel balance...and at the end, a gratifying, visible result as to success or otherwise. 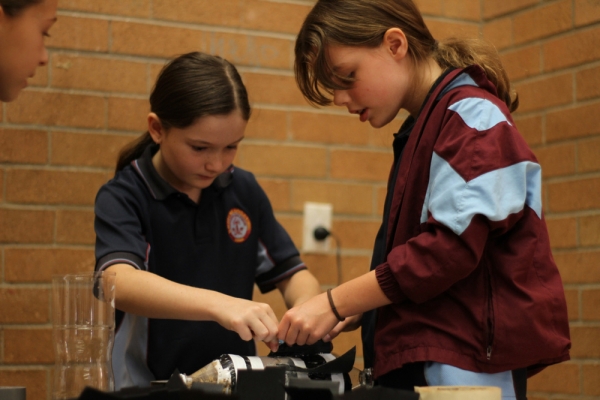 The day was a great experience for the Ss Peter and Paul students and teachers who attended, and ideal opportunity to engage their students in innovative thinking in a fun and engaging environment.

“They learn and problem solve through experimentation and innovation while developing highly transferable STEM skills which will assist them to gain meaningful employment in high demand growth employment areas in the future.”

Ss Peter & Paul’s has built on the excellent results of Corpus Christi Catholic High School, Oak Flats in previous years of the Australian Aeronautical Velocity Challenge. We hope to see some of our wonderfully performing rocket scientists progress to the state and national finals later in the year. 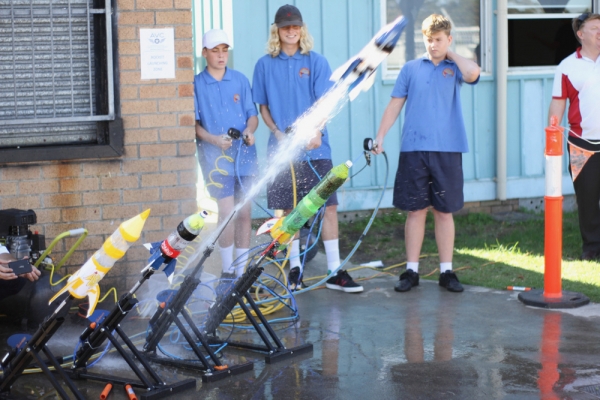