News | Moving for a Better Cause

From 12 to 31 March, hundreds of students from Magdalene Catholic High School, Narellan stepped up their cardio to take on the ‘Let’s Move for a Better World’ global campaign, donating their physical exercise for a good cause.

Developed by innovative fitness company Technogym, the campaign involving over 100 fitness clubs across 29 countries, encourages participants to become more active in order to make a difference in their local community and to raise awareness about the importance of physical activity, especially from a young age.

To take part, participants join their nearest club offering the campaign and collect as many ‘moves’ (Technogym's unit of measure for movement) towards potentially donating pieces of Technogym equipment to a nominated non-profit organisation within their community. Aquafit and the Campbelltown Catholic Club generously nominated Magdalene Catholic High School to be their recipient.

In order to win, the number of steps recorded on cardio equipment at Aquafit would be tallied against other participating clubs. If Aquafit recorded the highest number of steps, then Magdalene would be the successful beneficiaries. 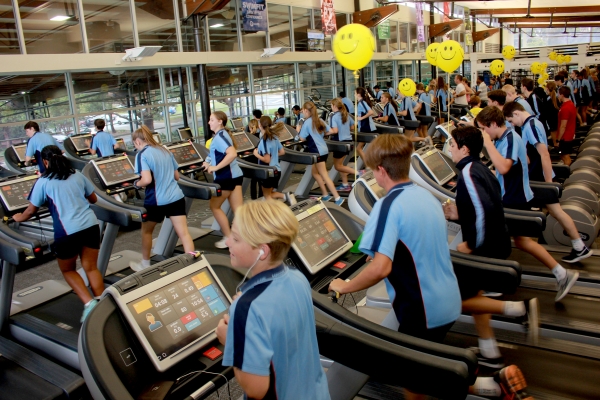 Magdalene students attended Aquafit on a number of different occasions throughout the campaign together with Catholic Education staff including Youth Leadership and Development Officer, Josh Cotter.

“I'm proud to be a member of a fitness club that cares for the well-being of the community. As part of CEDoW’s RISE Above program, well-being, health, fitness and body image is largely focused on. For Magdalene students to participate in such a great initiative, helps them become positive influences among their peers,” he said.

Throughout the campaign, participants were able to see their communal ‘move’ tally on large screens throughout Aquafit. Progress updates were also available on Facebook and Instagram, with participants invited to share their ‘moves’ using the hash tag #letsmoveforabetterworld

Aquafit were successful in earning the most ‘moves’ (over 3 million) in Australia, winning the campaign! As a result of the collective efforts, Magdalene will now receive $10,000 of fitness equipment.

Principal, Matthew McMahon, was delighted with the support of Aquafit and the Catholic Club in nominating Magdalene to be the potential recipient of any prizes.

"Aquafit does a fantastic job to support our local community members get in shape and be active; that they cater for such a broad range of age groups is also wonderful. We are tremendously happy that our students could support the campaign and win the gym equipment for the school," he said. 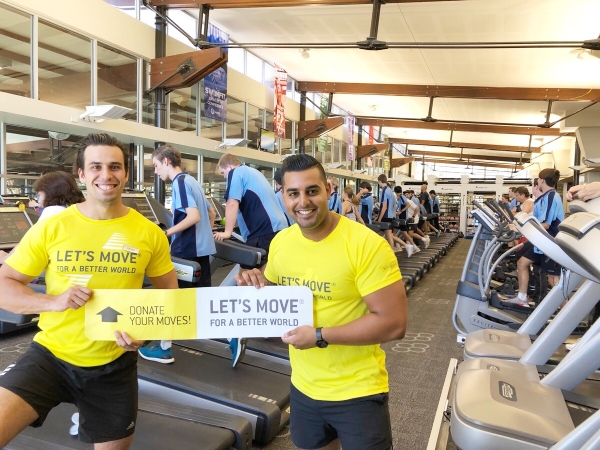