More than 900 students from our eight systemic Catholic schools across the Diocese of Wollongong were up early today to receive their HSC marks. Our students’ hard work and dedication has paid off, with many achieving remarkable results - including one First in Course, three All Round Achievers and 120 Distinguished Achievers.

Director of Schools, Peter Turner, congratulated all students who have concluded their secondary schooling by completing the Higher School Certificate this year.

“We are immensely proud of all our students and the successes they have achieved, many of which were in the face of significant adversity,” Mr Turner said.

“These results highlight the strength of character and determination possessed by so many of our young people. We acknowledge the valuable contribution of the parents and teachers who worked hard, and in partnership together, to support and encourage students to achieve their goals” - Peter Turner, Director of Schools

Mr Turner said the HSC formed part of a broader educational journey for the students.

“Our Catholic schools combine growth in faith with improvement in learning to ensure that students are prepared for life beyond school. These pleasing HSC results reflect the reality that students can continue that journey with increased choice and direction. I am confident that the experiences and learning opportunities over the past 13 years of formal schooling have prepared students well, as they continue their journey into the next stage of their lives,” he said. 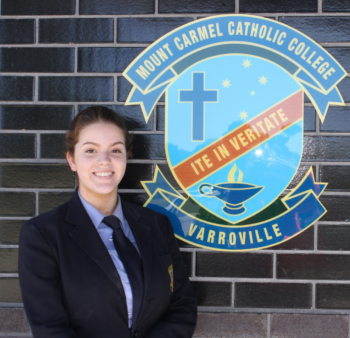 Grace has been recognised on the 2018 HSC First in Course merit list, announced yesterday at a special ceremony in Sydney.

The seventeen-year-old said she was initially in “disbelief” that she had beaten all other students to take out the English Advanced course.

“I’m pretty elated, to tell you the truth. It was a little bit difficult to fathom at first but I sacrificed and put so much time into my studies that it is a great gratification for hard work,” she said.

The Bradbury resident said she was proud to have shone a light on the efforts of western Sydney students.

“There can be a perception out there that no matter how well you do in western Sydney, there’s always going to be 20 people from inner city schools who are better than you. This just proves with hard work and dedication, that’s not the case. I put in 12 months of really vigorous work and discipline - five or six hours of study a night - and that effort paid off.”

Mount Carmel Senior Pastoral Coordinator, Rocco Badolato, said it came as no surprise that Grace had performed so exceptionally in this year’s HSC.

“Grace established herself as an enthusiastic learner from very early in her time at Mount Carmel, and developed an identity as a conscientious student from her junior years. She was able to manage her demanding pattern of study this year alongside her role as a Senior Leader on the College Student Representative Council, overseeing the Portfolio of Academic Life in the College,” he said.

“These attributes, coupled with the quality teaching and nurturing support received from the College, has provided a genuine blueprint for creating an aspirational culture of academic excellence and striving for personal best.”

Grace's advice to next year’s HSC students is that they need to “be prepared to do the work” and “challenge themselves” to achieve great results.

“To use a sporting analogy, if you’re lifting the same weight every day, you’re not going to get any better or make an improvements,” she said. “You have to keep upping the ante and challenging yourself – that’s the only way you will improve.”

Grace plans to undertake a double-degree in Law and Arts at the University of Sydney and use her writing skills in her future career.

All Round Achievers are students who achieved a result in the highest band possible (Band 6 for a course, or in the case of extension courses, Band E4) in 10 or more units of courses in their pattern of study.

Congratulations to our three students who have been named on the 2018 HSC All-Round Achievers list:

Not only did Grace Roodenrys excel in her English(Advanced) course, she also had outstanding success across the breadth of her subjects - named as one of this year’s HSC All Round Achievers for achieving the top band in all her subjects: Business Studies; English (Advanced); English Extension 1; English Extension 2; Modern History; and Studies of Religion II. 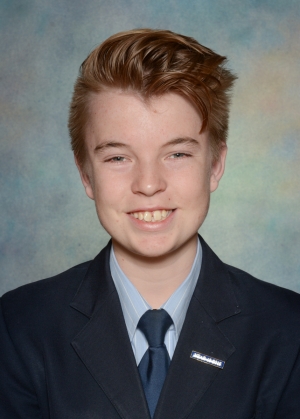 Mount Carmel Senior Pastoral Coordinator, Rocco Badolato, commended Jackson for his success, especially with the added challenge of maintaining an academic pattern of study alongside the completion of his major works for Visual Art.

"Grace and Jackson both share a genuine love of learning and this was a key ingredient in their excellent achievements as their passion for their subject matter often provided the enthusiasm to do more," he said.

“Another characteristic shared by both students was their investment of time and effort devoted to their learning. They consistently made smart use of their time at the College, then supplemented this with a high work ethic away from school, devoting many hours of private study and effort into their assessment tasks.” 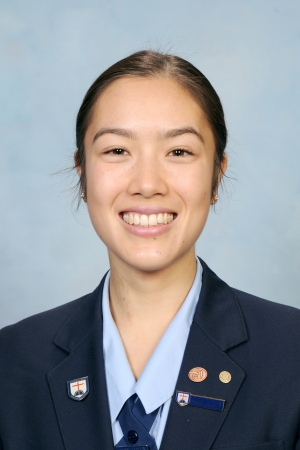 The Macarthur teenager said she was proud of how she’d managed her Year 12 HSC experience.

“I almost forgot the results were coming out today - I didn’t get too caught up in the waiting game, I’ve been getting on with my post-school life! I knew I’d had a really balanced year and I’d done my best, so I felt good about it," she said.

“It was never about the marks for me, it was about character development and building skills around time management, organisation and things like that. I knew that if I worked on getting those things right, the results would follow” - Maddison Saysanavongpheth, Magdalene student and HSC 2018 All Round Achiever

“When I saw the text this morning at 6am, it was great, I was really happy. My hands were shaking a little from that kind of little adrenaline rush you get with finding out the good news. I sat on the kitchen bench just waiting for my parents to wake up because I knew they’d be just as excited for me, if not more so! And they were, my mum was stoked and dad, I haven’t seen him so happy in a long time. It was a really good feeling,” she said.

Magdalene Principal, Matt McMahon, commended Maddison on her result and said it was a fitting recognition for all her hard work.

“We are absolutely delighted with Maddison’s performance; she has done very well. Maddison is a very talented student, especially in the arts and writing," he said.

"Throughout the year, Maddison has superbly balanced her studies with her leadership responsibilities as School Captain and generously given back to the school and wider community. Being named on the All Rounder list is a fantastic way for her talents across the board to be recognised" - Matt McMahon, Magdalene Principal

We spoke to Maddison today from Western Sydney University where she is participating in the university’s Global Leaders Program and already preparing for her tertiary studies ahead. She will next year begin her double degree in International Studies and Law at WSU, where she hopes to broaden her knowledge of international relations and different cultural perspectives.

“It’s really exciting, I’m looking forward to it. There’s so much I want to learn. I hope it leads me to one day working for the United Nations, that would be amazing. I have a particular interest in sustainable development, so I’d like to pursue that.”

From our eight schools across the Diocese, there are 120 students on the 2018 HSC Distinguished Achievers list who achieved a total of 219 top band results.

The Distinguished Achievers list names the students who achieved a result in the highest band possible (Band 6 for a course, or in the case of extension courses, Band E4) for one or more of their courses.

Congratulations to the following students, who achieved a Band 6 or E4 in the listed subjects:

Congratulations to all our students who completed their HSC this year.

Visit the NESA website for more information on the 2018 HSC results & merit lists.