St Anthony’s Picton primary students feel the need – the need for speed! They’ve jumped into the F1 in Schools competition for the first time with full gusto, matching it with high school teams from across the state to collaborate, design, build and race the fastest Formula 1®​ Cars of the Future.

With more than 17,000 students from over 40 countries competing every year, F1 in Schools is one of the largest and foremost student STEM competitions in the world.

Each team’s objective is to design, engineer, make and test a miniature Formula 1®​ car – powered by compressed air cylinders and capable of going from 0-80km/h in under one second – to race down a 20-metre track in the fastest time. The judging also extends to the team’s car specifications, engineering, portfolio, marketing and verbal presentations.

Two teams of three St Anthony’s Stage 3 students recently took on teams of high school competitors up to five years their senior in the NSW State Finals – and with our country being a dominant participator in F1 in Schools since the inaugural World Final in 2003, sporting six F1 in Schools world championships, a handful of further podium finishes and several other highly coveted category awards, the competition in Australia is fierce!

Both the Year 6 ‘Onyx’ team and Year 5 ‘Fast Fusion’ team participated in the Junior Cadet Class division, open to students from Years 5 to 9 and exclusively for those competing for the first time.

As the only primary school to qualify for the State Finals, both St Anthony’s teams assembled quality cars and comprehensive portfolios detailing their engineering process as well as evaluation and analysis of their design decisions – producing impressive results against 14 competing high school teams.

3rd Place Overall (Cadet Class) – an incredible podium finish for the team, made more impressive by the tiny degree of separation between their final score (169) and first place (170.32) – a mere 1.32 points!

St Anthony’s Middle Leader and F1 Coordinator, Anita Burgess-Gorrie, congratulated the six students on their outstanding results – not only for their achievements and success in the competition, but for the exemplary way in which they represented their school.

“We are exceedingly proud of both our teams. The skills of communication, critical thinking and teamwork were commensurate with the quintessential core values we aspire to live by here at St Anthony's. We were frequently approached by teachers from other schools who were absolutely amazed by the way in which our students carried themselves on the day” — Anita Burgess-Gorrie, Middle Leader, St Anthony’s Picton 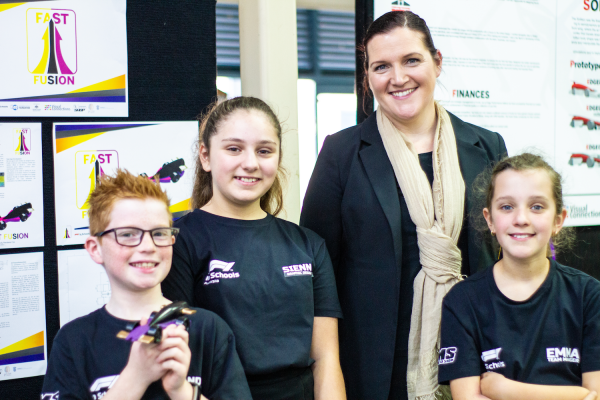 “Throughout this experience, I have learned how to work together as a team under strict time restrictions to create an amazing outcome. It made us all realise that – even being the youngest team in the competition – if we all contribute our strongest attributes to our team, we can balance each other out and work together to get the job done at a really successful level” — Sienna, Graphic Designer, ‘Fast Fusion’ team

“We had a fantastic time; we really enjoyed competing in F1 in Schools and we all brought different gifts and talents to the competition. Although we’re all very different, each of us has been able to use our areas of strength and collaborate to achieve our goals. Even though we had two teams from St Anthony's technically competing against each other, we all supported one another” — Xander, Design Engineer, ‘Fast Fusion’ team

"l was overjoyed to see how far we’d come at the State Finals and how well we did, being the youngest team there. We were able to cooperate really well, especially when we were under pressure. All in all, I think our team had great success coming third in the Cadet Class at the State Finals" — Emma, Team Manager, ‘Fast Fusion’ team 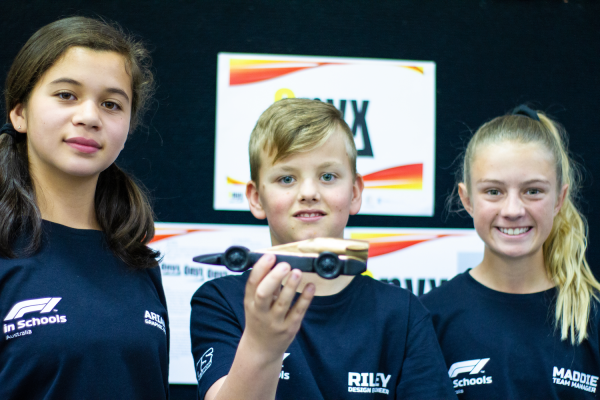 Mrs Burgess-Gorrie and the St Anthony’s students were eager to thank the seasoned and highly successful F1 in Schools students and staff at Magdalene Catholic College, Narellan for their help in mentoring the primary students in their first foray into the competition.

“Collaboration is a fundamental aspect of this program, so we would like to thank Magdalene Catholic College for their support and mentoring throughout the competition. Magdalene provided the opportunity to share technology-sized milling machines, virtual smoke and wind tunnels, electronic race tracks and most importantly, the students and teachers of Magdalene Catholic College shared their ideas and time with our students. We are exceptionally grateful for their support and collaboration,” Mrs Burgess-Gorrie said.

Magdalene TAS coordinator and F1 in Schools organiser, Ian Gorrie, said he was very pleased to this year – with the support of both Magdalene principal, Matt McMahon, and St Anthony’s principal, Justin Devlin – work with Mrs Burgess-Gorrie and the six Picton students in their Cadet Class level participation, as well as support the three competing Magdalene teams who were also very successful at the State Finals.

“The experience working with St Anthony’s Picton this year has been great! It’s been so rewarding to see six extremely passionate and inspirational young students make it to the big stage against high school students and very nearly wipe the floor with the opposition” — Mr Gorrie, TAS coordinator, Magdalene Catholic College Narellan

“Next year, we are looking to expand our inter-school competition and network in the Macarthur to other CEDoW primary schools – something I think can support schools in identifying and extending all students, but certainly students identified as gifted in a wide range of skills and academic areas,” he said. 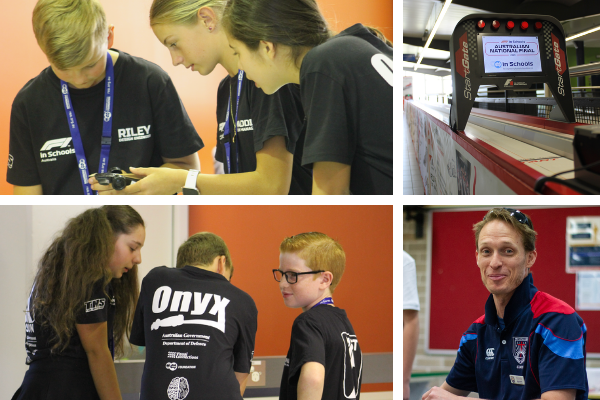 The students’ underdog success at the State Finals in just their first year involved puts St Anthony’s in a fantastic position to continue to build on their F1 in Schools experience, skills and knowledge in the coming years, and look to progress to Nationals and even the World Finals of the competition in the future.

Mrs Burgess-Gorrie, who established the STEM and coding programs at St Anthony’s and runs a popular Coding Club during lunch breaks, said the future is bright for F1 development at the school. The ‘Fast Fusion’ team will look to regroup as Year 6 students for 2020 and compete again for St Anthony's, while also mentoring a new, eager Year 5 cohort who will form a new team in the Cadet Class.

She revealed the three ‘Fast Fusion’ students have already started planning and generating ideas for next year, and are canvassing the option of bringing on board two additional students to join them in the Junior Development Class.

“The students have worked out that by the time they are in Year 7, they will be eligible for the Professional Junior Class... and they’re already planning for the additional requirements in that division! In fact, they’re comparing their car's current speed and engineering to the reigning Pro Senior Class cars. Their on-track speed was on par, if not better than many of the times in this Class at 1.10 seconds,” Mrs Burgess-Gorrie said.

We look forward to seeing what the St Anthony's Picton teams will bring to the F1 in Schools tracks next year! 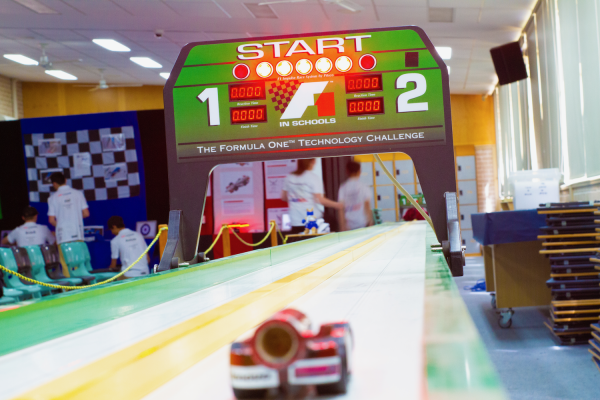