Due to COVID-19 restrictions this year's titles, which included close to 200 competitors across six age categories, were held from 6–26 October. Out of an impressive 30 junior surfers qualifying nationally, Keira finished at the top of the leaderboard in the Under 18’s Women’s Finals, with a total of 15.20 points out of a possible 20.

Keira, who first started surfing when she was just four years old–connecting with the calmness and freedom of being in the ocean and time spent in the water with her dad and brothers–said that winning the YETI championship meant a lot, especially as she missed out by only two spots making the first cut in 2020.

"I put a lot of time and effort into this year's competition. To be rewarded with a win in the finals felt fantastic,” said Keira. “Because YETI was held online, it was so different from all other competitions as there was no presentation ceremony or even people around to create the excitement of a usual event.” 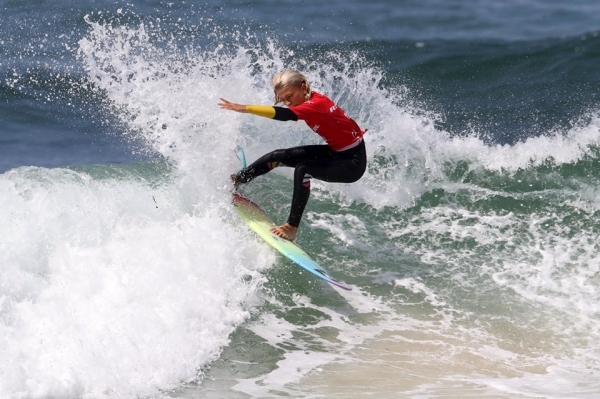 This year's scoring scale was set on the overall performance level of the competitors in each round and age division. Competitors were asked to upload video footage of their two best waves for each round for the judges to evaluate.

When asked about her approach to this year’s championships, Keira said that her aim was to surf as much as she could to collect clips of her waves to compare over the three-week time slot.

"I wanted to catch waves that fell into the judging criteria set by Surfing Australia, emphasising progression and innovation, power and precision,” she said. "I was lucky to have my brothers, Ben and Beau, keep me company, provide surf reports each day and also critique my waves – while also giving me confidence.

“Because I couldn’t leave my local government area due to lockdown restrictions, it made capturing this footage even harder as the surf locally was very flat during the time period. I was fortunate to have my parents available to film me in the water, not to mention help me navigate the challenges.”

When the champion junior surfers were announced several weeks later, Keira was unaware of the breaking news. "I found I'd won out from my friend, Kiah," Keira said. "We were walking to our next class and Kiah came running up to me screaming, as she was so excited.

"My mum had rung the school that morning and a teacher had told Kiah thinking I already knew. I didn’t believe her – I was shocked and happy."

It was a great feeling knowing that six weeks of dedicated effort was worth it! – Keira Buckpitt

Keira’s teachers at St John’s were very excited and so proud of her achievement in making the finals. They supported her by making adjustments to class Zoom sessions during the lockdown and sending encouraging emails.

St John’s, Nowra Principal, Sandra Hogan said, “Kiera is an outstanding young woman who balances her sporting commitment with great diligence to her studies. This is a well-deserved achievement and the whole St John’s community wishes her every success in her surfing future.”

When asked about her ongoing goals and love of surfing, Keira shared, “Competing not only allows me to push myself to achieve but more importantly, I’ve met lifelong friends from all over Australia and many parts of the world! I would ultimately like to one day make the world tour. In the meantime, I plan to train, compete and travel the world with my family doing what I love.”