Posted 29 May 2019 by Catholic Education in News

It's the role that makes actors into stars, and now it’s the turn of St John the Evangelist, Nowra alumni, Natalie Abbott, to catch the bridal bouquet and take on the lead role of Muriel in Muriel’s Wedding The Musical.

After a completely sold out premiere season, this big, brash and very cheeky award-winning musical will return to Sydney at the Lyric Theatre in June/July 2019.

Abbott will be just the third person to tackle one of the most iconic characters in Australian popular culture, after Toni Collette created Muriel for the screen in writer P.J. Hogan’s 1994 film, Muriel’s Wedding  and Maggie McKenna, daughter of comedian Gina Riley, who triumphed in the first incarnation of the musical adaptation last year.

“I listen to the [stage show] soundtrack everyday,” Abbott said. “I remember watching Maggie and getting chills, she was incredible.”

Muriel’s casting director rang to say Abbott had the role when the Mascot 23-year-old was working at her job at Surf Dive ‘n Ski in Eastgardens. 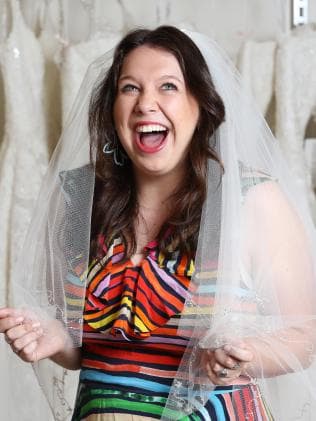 “She assured me she wasn’t pulling my leg.

“When I went back in my boss was like: ‘Are you all right?’. I was like: ‘Yeah, I’m great’. My mind was just not on selling boardshorts that day.”

Abbott was sworn to secrecy about the role and the only people she told were her parents, who live in Bomaderry on the South Coast.

“I wanted this so badly but I never thought it would actually happen. It’s the most unexpected and amazing thing ever, its what I’ve always wanted” — Natalie Abbott

It was while attending St John's Catholic High School, Nowra that Abbott began to devote herself to acting, singing and dancing. She moved to Sydney in 2014 and in 2016 she graduated from the Australian Institute of Music.

Muriel’s Wedding is about a small-town girl who goes to the big city and eventually finds her true self. Abbott said there are many parts of Muriel’s story she relates to.

“All these feelings that she’s feeling, that’s me,” Abbott said.

For more information and to purchase tickets for the upcoming season, visit the Sydney Lyric Theatre website.

Originally reported in The Daily Telegraph and the South Coast Register.