Wakakirri is Australia’s largest Story Dance Festival, involving hundreds of schools and over 20,000 students across the nation each year. It celebrates storytelling – the oldest form of learning – and asks schools to create ‘story dances’ that reflect students' thoughts, ideas and aspirations.

The event aims to showcase great stories that "open hearts and minds, and inspire change" – something the panel of judges agreed St John’s Nowra students did the best of all the participating schools in the Shoalhaven region.

In a 7-minute performance at the Shoalhaven Entertainment Centre, the group of 43 St John’s students ranging from Years 7 to 12, theatrically and engagingly told their story using a combination of dance, creative movement, acting, music, sets, props and projections.

Under the expertise of St John’s Dance teachers, Savannah Lloyd and Dianne Bryce – including guidance on choreography and all aspects of production – the group have committed to over five months of crafting, rehearsing and refining their performance to most creatively and effectively convey their story dance.

The troupe focused on creativity in storytelling, movement and drama to present the moving journey of a Syrian refugee having to flee her home in search of safety elsewhere.

The story brought attention to the struggle of many Syrians, highlighting the message that “it is not a choice to live in a refugee camp, but often the only means of survival”. According to the UN, the conflict in Syria has now driven more than four million people from their home country to seek sanctuary elsewhere, making it the largest refugee crisis in a quarter of a century. 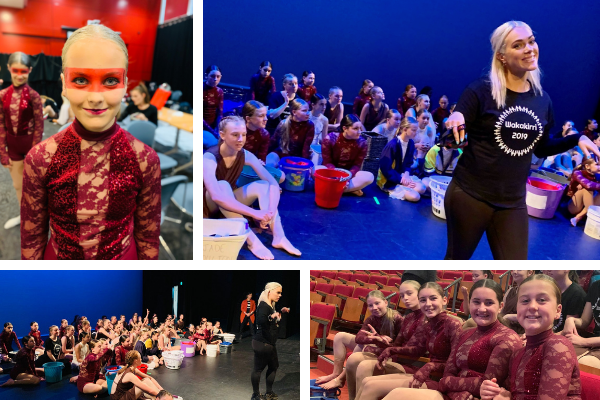 St John’s Dance teacher and Wakakirri co-ordinator, Savannah Lloyd, said she was very proud of the dance troupe’s efforts – and winning was an exciting bonus.

“Winning was amazing, we didn't expect it at all! The performance was an incredible experience; the kids were so beautifully behaved and had the time of their lives,” she said.

“All the students were buzzing when they got off stage. I loved the bond that all of our 43 dancers developed, and seeing Year 7 students mingling with the Year 12s – it didn't matter what age they were, they all shared a common interest and they were a team and a family.

“The day was unforgettable. To see how much our students love their school, and the pride they have in their school and each other is so special – the kids at St John’s are truly like no others. The culture of dance at St John’s is accepting, supportive, encouraging and loads of fun – the way dance should be” — Savannah Lloyd, Dance teacher, St John’s Nowra

“To see this culture really growing and being shared around the school is such a highlight for me. When the girls think about and speak of dance, their faces instantly light up with the biggest smiles and glows – I want that to continue.” 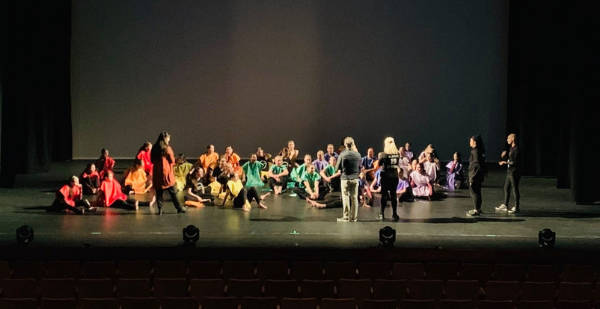 The St John’s student dancers said they share a well-deserved sense of achievement for representing their school with such success and creating something so meaningful through dance.

"It was fun to get to work as a team – and different to other dance competitions, which made it exciting. It was such a fun, new experience. The make-up was cool and it was great to learn new dances" — Olivia, Phoebe, Charlotte and Hayley, Year 7

"I loved how we included a really important story as our performance; and it was just so exciting to win! My favourite part was the hip hop scene, because it’s so upbeat and you can tell everyone is just having a blast on stage. I can't wait to do it again next year!" — Hannah, Year 8

"This was my first year doing dance at school and Wakakirri – and I LOVED it! It was really nice to build relationships with the other girls from all different years, and the choreography was challenging and amazing. I'm so glad we won; it's been such a great team to be part of and something I'll never forget" — Allyx, Year 9

"I gained a lot of new friendships in the process. It felt really good to win and be acknowledged and recognised for our hard work" — Ella, Year 10

"It's been an amazing experience – one of those unforgettable memories from school that you'll take with you forever. I'm in Year 12, so it's sad that this is my last year, but dance at school has been an incredible journey – nothing but fun, success and huge growth, both personally and as a team" — Ellen, Year 12

Both Dance teachers said they especially enjoyed seeing everything the students got out of this year’s Wakakirri experience – from coming together for the first rehearsal at the beginning of the year, right through to the main performance and celebrating the victory.

“There's just something about the creative arts – and dance in particular – that truly gives the kids such a valuable opportunity. It helps students flourish in ways many other things can't. It's very special,” Ms Lloyd said.

“Dance at school was the highlight for me, so to see the same passion and involvement instilled in my students now is priceless. It reaffirms why I chose to be a teacher – to give back to the community and see students be the best they can be.” 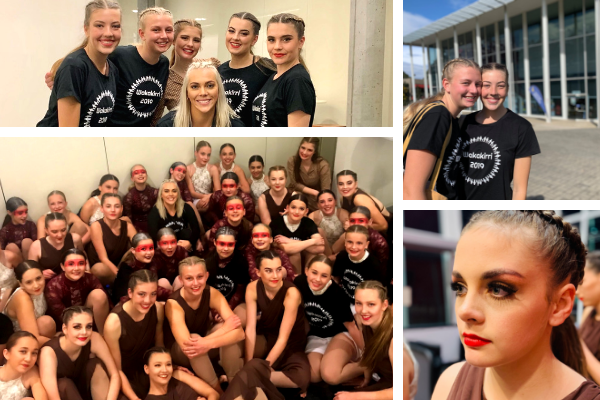 Ms Lloyd praised all the dancers for their commitment, especially acknowledging the Year 12 dancers for the leadership they showed both on and off the stage.

“After the performance, I individually went and told all the Year 12 girls how proud I was of them. They’ve played such a big role in dance growing at St John’s, and to be a part of Wakakirri in their final year was fantastic. They were ecstatic and they cried. It was bittersweet knowing they're leaving, but also knowing how much they have gained through this experience. Their reaction showed me just how much this has meant to them” — Savannah Lloyd, Dance teacher, St John’s Nowra

St John’s are now in contention for Wakakirri’s national main prize of ‘Story of the Year’. They move on to the next stage of the competition, dancing again at the NSW performance show in September. We wish them all the best!

This success for St John’s was followed by news that St Paul’s Moss Vale has also won two awards for its performance in the Wakakirri Wollongong Regional Primary School Challenge.

Wakakirri is Australia’s largest performing arts event for schools, using storytelling – the oldest form of learning. The Aboriginal word ‘wakakirri’ means ‘to dance a story’ according to the Wangaaypuwan people from Cobar, NSW. For more information, visit www.wakakirri.com