"Dear young people, do not bury your talents, the gifts that God has given you! Do not be afraid to dream of great things" - Pope Francis

Christian Barbadillo is a talented young man. At the age of just 11, the Year 6 student from St Justin’s Catholic Primary School, Oran Park, is an accomplished songwriter, who recently composed and recorded a song titled 'We Are the Reason' in celebration of Holy Week and Easter.

On Monday morning Christian's song was officially released to his parents and other members of the St Justin’s school community. Megan Fulko the music teacher at St Justin’s described the morning as a "joyous occasion".

“Watching Christian and his family listen to the finished product together was such a heart-warming moment,” said Ms Fulko. 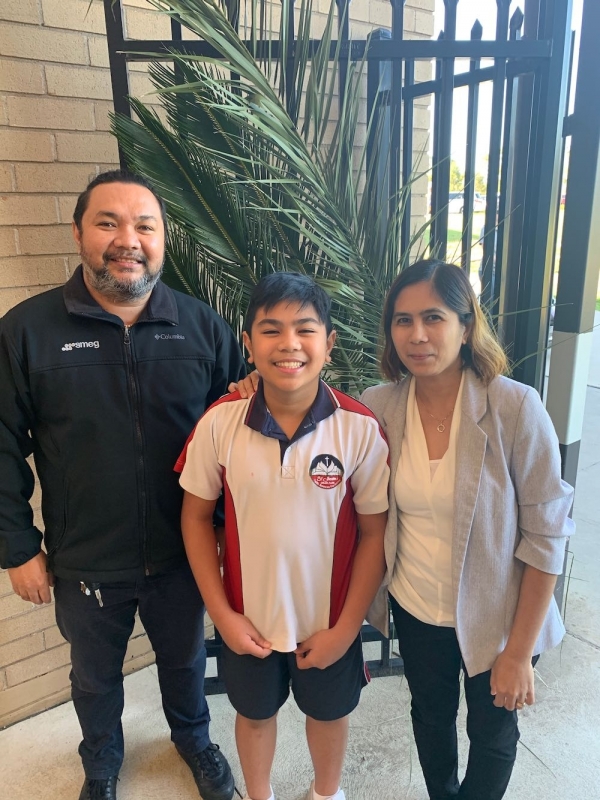 After hearing another original song written by Christian the school approached him to compose an age appropriate song for primary school students, with lyrics and melody, about Jesus dying on the cross. A week later, Christian came back with 'We Are the Reason'.

The inspiration for the lyrics of the song came from Christian’s strong faith. "I'm a really Catholic person at heart,” he said. “I like writing songs, especially when I have a symbol to remind me of Jesus."

The musical talents of Timothy Hart, CEDoW Education Officer - Spiritual Formation, supported Christian with the recording and production of the song. “The brief was to make something as polished as possible so it could be used in the St Justin's repertoire of liturgical music. I think we hit the mark and possibly even exceeded it.”

Mr Hart was “enlivened” by Christian's own amazement as he heard his voice recorded. “Christian is such a vibrant young person with a gift for music,” he said. “The wonder and awe as this most amazing sound was being created by Christian, as he added vocal ornaments and harmonies sparked a joyful response from all involved.” 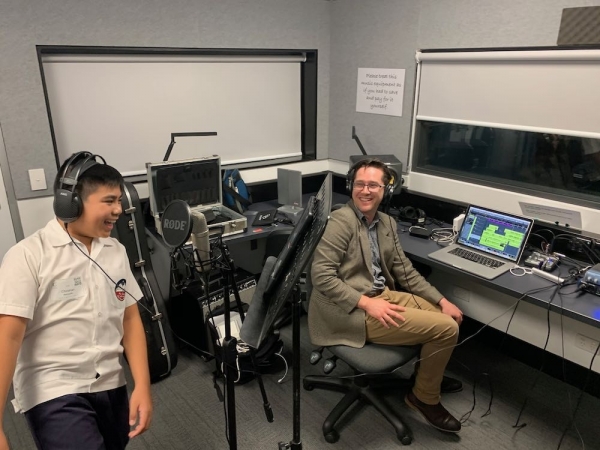 Mr Hart also congratulated Ms Fulko and Melissa Fenato, the school's Religious Education Coordinator, for their dedication and drive to support Christian with his composition and faith journey. “Megan and Melissa are passionate teachers who put in that bit extra for their community, as evidenced by their commitment in walking with Christian to get this end result.”

For Christian, this was an experience that he won’t forget anytime soon. "Being able to record my song was such a big surprise, I didn't think it would go this far,” he said.

“I really enjoyed the process, the song, the lyrics, everything, especially the collaboration with Mr Hart, and I really want to take this musical experience with me into the future."

Catholic Education Diocese of Wollongong is committed to creating vibrant Catholic school communities where every student finds meaning and purpose in their life through experiencing continual growth in faith and improvement in learning.