The increased use of technology in classrooms and cloud-based programs such as Compass, Google Classroom and Zoom has changed the way education is now delivered. To stabilise the added pressure on school networks and support their capacity to deliver classroom learning,  the CEDoW Information, Communication and Learning Technology (ICLT) team have implemented an innovative solution to ensure that student learning is never interrupted due to internet outages.

As part of its High Availability Network Architecture (HANA) strategy, CEDoW partnered with Vertel, one of Australia’s biggest privately-owned telecommunications carriers, to install a cost-effective, redundant network that could withstand the growing internet demands, and ensure that learning and teaching would continue as normal for students if the primary network services were to fail.

Three years ago, CEDoW suffered a major outage that saw schools throughout the diocese  without internet service and telephone access for two and a half days, prompting the organisation to take action.

"We never want students to miss out on learning opportunities due to an internet outage. However, the reality is that it’s not uncommon for networks to go down, leaving the schools vulnerable to downtime” – David Emery, CEDoW Acting Chief Information Officer

“This project is testament to the proactiveness of the ICLT team in identifying and deploying a solution to provide always-on learning for our students and staff,” said Mr Emery. “CEDoW has already seen the benefits of the backup network, having experienced a few outages to the primary internet service—including during NAPLAN, with no direct or noticeable impact to our users.” 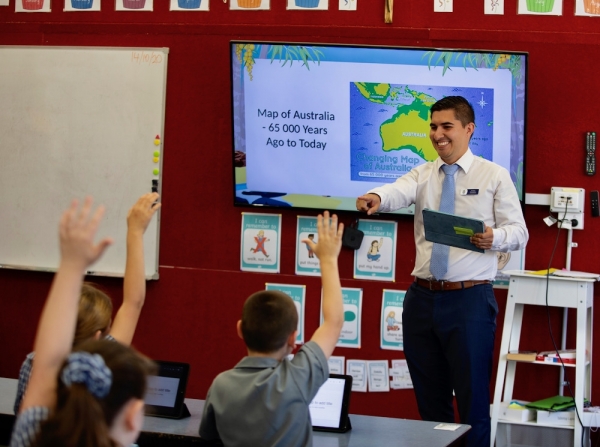 Tony Hudson, Commercial Director of Vertel, described the forward planning of the CEDoW ITCL team to invest in a quality standby platform as “groundbreaking”.

“With its foresight and innovative thinking, CEDoW has really created a blueprint and set the standard for other dioceses’ to follow when it comes to improving network availability in schools to ensure the best learning outcomes,” he said.

We congratulate all involved for their innovative thinking, and thank them for their hard work on the project and ongoing support.