After decades of conflict and internal struggles, the South-East Asian country of Myanmar is moving towards a new age of democracy. In a country where Christianity represents only 6% of the population, the Catholic Church has prioritised education as the key stepping stone to peace. As the nation moves into a more peaceful era, CEDoW has committed to raising awareness and providing financial support, to help heal and build a prosperous Myanmar.

To celebrate the launch of Catholic Mission World Mission Month (October), over 200 students and staff from every school across the Diocese gathered at St Benedict’s, Oran Park for a beautiful liturgy led by Fr Brian Lucas, National Director of Catholic Mission Australia. The liturgy was held in the school library, as a representation of the value of education throughout our Diocese.

The CEDoW launch of World Mission Month asked attendees to reflect on the words of Isaiah, ’How beautiful upon the mountains are the feet of the messenger who announces peace, who brings good news’, which inspired the theme of this year’s appeal - Healing a Nation Through Education.

In this Year of Youth, Pope Francis speaks to the young and asks them to show love to others and share in mission by developing and fostering their God-given gifts in order to better serve others.

“Never think that you have nothing to offer, or that nobody needs you. Many people need you. Think about it! Each of you, think in your heart: many people need me.” (Pope Francis, 2018).

The 2018 Catholic Mission Church Appeal highlights the important work of Catholic Mission in Myanmar; through programs aimed to improve education for children, specifically through teacher training and the implementation of alternative, child-centred education around the country.

Guest speaker, Fr Lucas Tha Ling Sum, gave a first-hand insight to the work of the Church in his Diocese and the needs that this year’s appeal can assist to achieve and of the work that Catholic Mission is doing in Myanmar through their assistance in helping young men and women to access education. 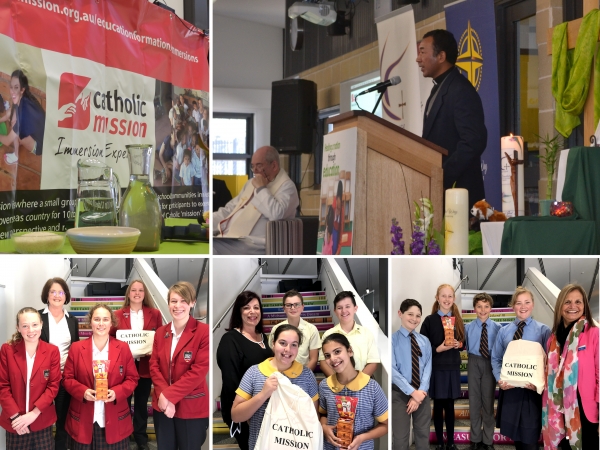 Fr Brian Lucas said the event provided a wonderful opportunity for schools to come together as one community and stand in solidarity with our brothers and sisters who are less fortunate than ourselves. He also expressed that small donations go a long way toward a better future in places like Myanmar.

"For many of us in Australia, we would think nothing of spending $50 on a meal, yet this amount can fund the training of one teacher at Pyinya Sanyae Institute of Education for three days; $100 will contribute towards the cost of educational resources for remote schools supported by the work of the Church in Myanmar."

Catholic Mission at Work in Myanmar

Catholic Mission supports the Catholic Church in Myanmar in several ways, including through funding, missionary collaboration and providing expertise in sustainability. In 2016, Catholic Mission entered a five-year partnership with the Archdiocese of Yangon, and the Dioceses of Kalay and Hakha. In 2017, Catholic Mission provided funding to support 326 catechists, including 82 in Yangon and 239 in Hakha.

The Catholic Church in Myanmar has a strong focus on education as the key to moving forward, through its engagement in a range of education specific projects. These include building and funding hostels which ensure access to education for children who are disadvantaged or live in remote areas, some of whom are orphaned due to HIV/AIDS. Catholic Mission has supported the construction of two churches and a clergy house in Myanmar in 2017 and 2018. 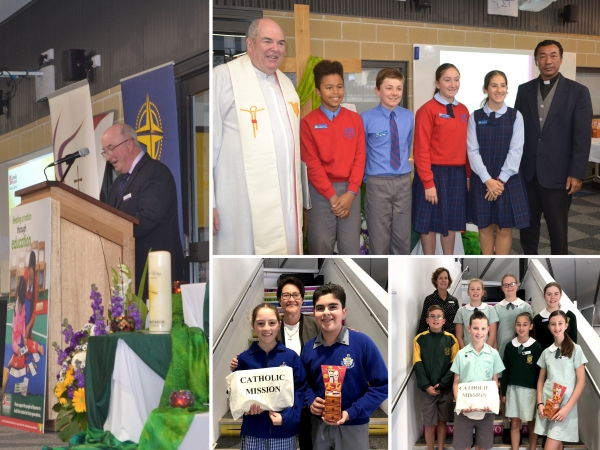 In November 2017, Pope Francis made the first ever papal visit to Myanmar. During a public Mass in Yangon he said:

“The Church in this country is helping great numbers of men, women and children, regardless of religion or ethnic background.  I can see that the Church here is alive, that Christ is alive and here with you and with your brothers and sisters of other Christian communities.  I encourage you to keep sharing with others the priceless wisdom that you have received, the love of God welling up in the heart of Jesus.”

In the spirit of Pope Francis’ call for young people to “get up off the couch” and go out into the world to make a difference, many students attending the liturgy have taken the Pope’s call to heart.

"The times we live in do not call for young “couch potatoes”, but for young people with shoes, or better, boots laced. The times we live in require only active players on the field, and there is no room for those who sit on the bench. Today’s world demands that you be a protagonist of history because life is always beautiful when we choose to live it fully, when we choose to leave a mark." (Pope Francis, 2016).

Through various fundraising activities, our schools have shown great support for the young people living in difficult circumstances in Myanmar.

Director of Catholic Mission for the Diocese of Wollongong, Mr David Harrison, said that CEDoW schools have maintained a strong contribution as enthusiastic and effective partners for mission, both during World Mission Month and continuing into November through activities including a mathematics marathon, prayer celebrations, ninja warriors fun days, onesie days, spell-a-thons and a mission fete. 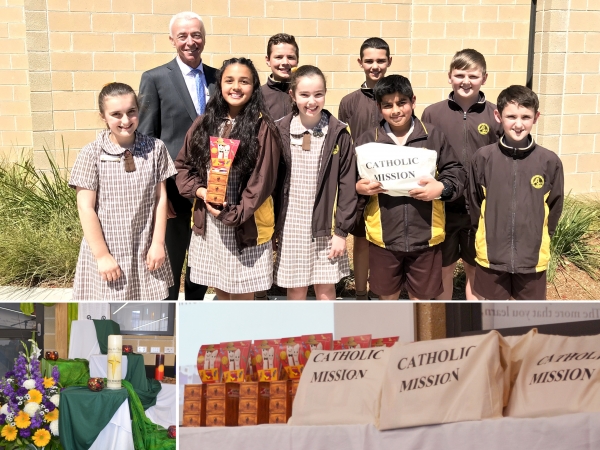 Mr Harrison said that he welcomes invitations to be involved in these school events, to witness ownership by students and see their resourcefulness and creativity.

“It’s really valuable for the children to see and make connections with their impact. Through these efforts, it is hoped that children, even in the most remote part of Myanmar, will have better access to quality education."

Mr Harrison thanked our school communities for their ongoing support and said the level of engagement students have shown is just as important as the fundraising.

“By students putting their faith into action, they're providing credible witness to the Gospel and providing essential funds to support the human and faith development of the children in Myanmar. Their unity and empathy has been truly moving.”

Thanks are extended to the students of St Benedict’s who helped to bring the liturgy to life. This included the choir under the direction of Mrs Jenny Koryzma, the drama students for enacting the Gospel reading of the Beatitudes under the direction of Mr Hayden, the readers and ushers. Additionally, to the hospitality team who helped prepare the generous spread of food on the day, particularly to Mrs Karen Earnshaw, Mrs Alicia Pollicina and Tracee Brown.

Significant thanks also to Mrs Tanya Grana, St Benedict’s Religious Education Coordinator, who was the main presenter during the liturgy, and for her help in coordinating the launch.