The partnership between Catholic Education Offices in Wollongong and Tarawa, Kiribati and the Australian Catholic University (ACU) provides an immersion outreach opportunity for CEDoW staff to travel to schools in Kiribati and deliver two and half weeks of intensive professional learning to their teachers. 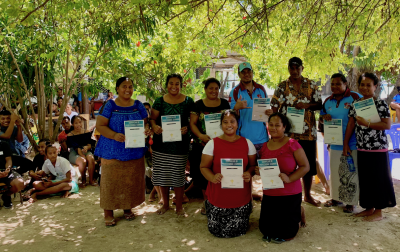 The goals of the program include:

This experience seeks to engage CEDoW staff in the above goals, but also in their own professional development in ‘educating with a mission lens’ and their leadership development - specifically in the following professional practice areas of the CEDoW Leadership Framework: Leading Catholic Life, Education and Mission; Leading Teaching and Learning; Developing Self and Others; and Engaging and Working with the Community.

This CEDoW-Kiribati collaboration has had a significant impact on the leading of teaching and learning for CEDoW teaching staff, Kiribati teaching staff and ACU pre-service teachers.

“One of my key reflections was the power of driving consistent teacher quality improvement through curriculum leadership, lesson observations, holding staff to account and mentoring staff. This is so crucial if we want consistency across a school. It can only be done by collaboration. This experience has also taught me the importance of influencing whole school behaviours through sharing, coaching and mentoring” — CEDoW staff member and participant 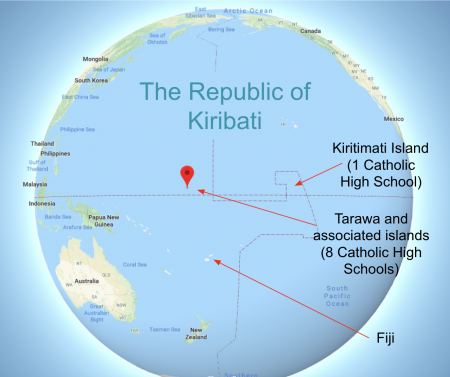 The Republic of Kiribati is a sovereign state in Micronesia in the central Pacific Ocean. It has a permanent population is just over 110,000, more than half of whom live on Tarawa Atoll. The state comprises 32 atolls and low-lying reef islands and one raised coral island, Banaba. They have a total land area of 800 square kilometres dispersed over 3.5 million square kilometres.

Kiribati is one of the world's poorest countries by GDP and faces many issues related to climate change, poverty, pollution and over-population. It is one of the world’s most vulnerable nations to the effects of global warming - with the islands just 2 metres above sea level at their highest point and the United Nations predicting that sea levels will rise by about 50 cm by 2100, it’s likely that within the century, Kiribati will be largely submerged. In 2013, former Kiribati president Anote Tong said, "For our people to survive, then they will have to migrate. Either we can wait for the time when we have to move people en masse or we can prepare them – beginning from now".

The current Prime Minster, Taneti Maamau, has not focused on the nation possibly being inundated by rising sea levels, but has shifted the focus to look forward with greater hopes for a more prosperous Kiribati, even in the face of rising sea levels. In 2016, he launched the KV20, a twenty-year vision for the nation:

"This KV20 draws strength from the unique opportunity it presents for both the government and citizens of Kiribati to collaborate towards improving the quality of life for all I-Kiribati. The Vision identified four pillars that will enable transformative development for our nation and these include wealth, peace and security, infrastructure and governance." Read more here

Whatever the future holds, CEDoW seeks to be a part of that preparation, to help the Kiribati people through education.

“Selefina, the principal of St Louis, made the value of our program so clear to us when she argued that if, and when, the young people of Kiribati need to move on from the islands, either from climate change or to gain employment, they’ll already be “second-class citizens” by virtue of them being refugees or migrants. Without a decent education, this will be further exacerbated” — Emily Patterson, Corpus Christi, 2018 participant

Watch this video below to get a sense of Kiribati and the culture, the lifestyle, the education, the people.

History of CEDoW’s partnership with Kiribati

CEDoW has had an association with the Catholic Education Office in Kiribati since 1999, with CEDoW representatives first travelling to Kiribati in 2000 to visit schools and establish links. Since then, a number of CEDoW-funded trips have seen CEO staff and number of teachers from schools visit the island nation. In 2008, CEDoW even hosted a group from Kiriabiti for World Youth Day.

In order to better give back to the Kiribati people and build the capacity of teachers in Kiribati, CEDoW Senior Professional Officer for Leadership & Professional Growth, Neil McCann, has worked in partnership with the Australian Catholic University to develop a course specifically aimed at helping those teachers in developing countries like Kiribati, who have little or no teacher qualifications.

The delivery of this course commenced in 2017, with seven CEDoW teachers travelling to Kiribati to facilitate two and a half weeks of intensive professional learning to Kiribati’s teachers. In 2018, CEDoW staff again travelled to Kiribati – this time, two CEO staff members and 13 experienced teachers from six of our secondary schools delivered Module Two of the four-module ACU Certificate of Teaching and Learning course, in seven of the nine Catholic high schools in Kiribati. In 2019, 13 CEDoW staff members have travelled to Kiribati to do the same, including two teachers who returned for a second year.

We hope to offer this opportunity for staff in future years, to further refine the program and make it sustainable into the future.

“This was not just as an opportunity to deliver training and qualifications, but to empower the stakeholders we were working with and build ongoing partnerships with Kiribati values, concerns and aspirations at its core. The cooperation with the CEDoW, ACU and CEO Kiribati, the interest from the Australian High Commission…serves as a model for developing ongoing partnerships that ensure the community’s priorities shape the service and support they receive” — CEDoW staff member and participant 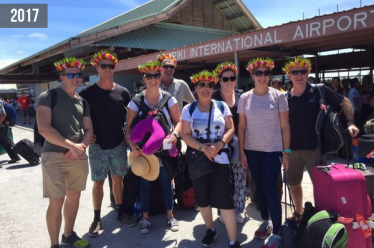 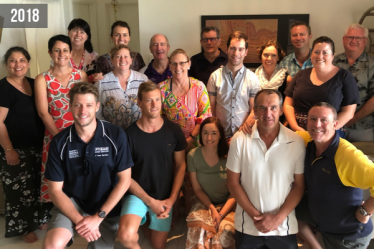 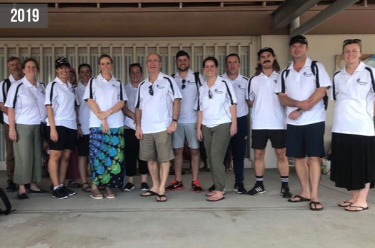