St Brigid’s Catholic Parish Primary School in Gwynneville held two drives during Term Three where more than 5,700 recyclable drink containers were collected and deposited to the Vinnies Return and Earn depot in Unanderra. 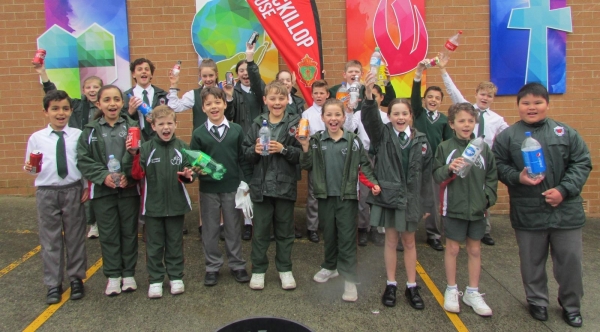 As a result, over 15 cubic metres of waste was saved from ending up in landfill!

“The Student Representative Council thought it would be a great idea to have two special drives in Term Three held between our three sporting houses,” said Kathy Uroda, Principal of St Brigid’s.

“We have 185 students from Kinder to Year Six, so it was awesome to see students and their families get behind the drive and collect 2,234 containers in the first drive."

The school organised a second drive in the term and collected another 3,521 containers. The total collection was 5,755 containers, which raised $575.50 for Vinnies.

Container drives are one of the many ways schools, such as St Brigid’s, support Vinnies, along with volunteering at Vinnies Vans, contributing to Winter and Christmas Appeals, and donating food and toiletries to people in need.