Paula Russo, one of the WEN Contacts at St Columbkille's Corrimal shared her recent experience at the Wollongong City Council Rise and Shine Awards in which another of our CEDOW schools was recognised for its wonderful environmental work in 2018.

It was very humbling to sit in a crowded room of scouts, community groups, cultural and sporting organisations, clubs, individuals, school representatives and the Environmental team from WCC who share the common goal of keeping Wollongong clean and to encourage others to live more sustainably. It is astonishing to see so many good people volunteering their time and energy to make a difference in our small part of the world. Pope Francis would be very pleased. 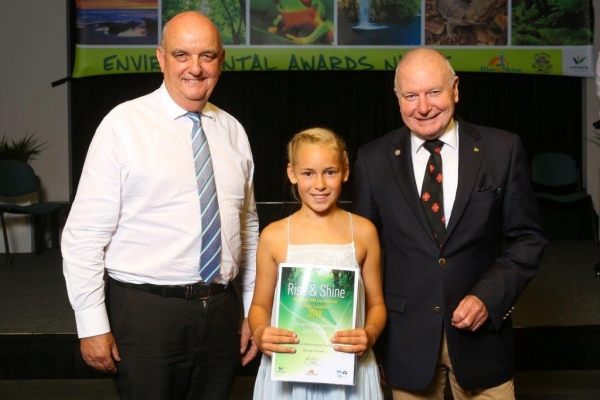 We had entered the awards this year for the first time. The judges came to our school in September for a guided tour and took lots of photos. We encouraged the students to enter the drawing or poetry competition and I also nominated Saskia McIntyre for 'Student of the Year' award to recognise her continued support of the Patch group, her work as an Enviro Ninja and for setting a great example to our school community in all things environmental. 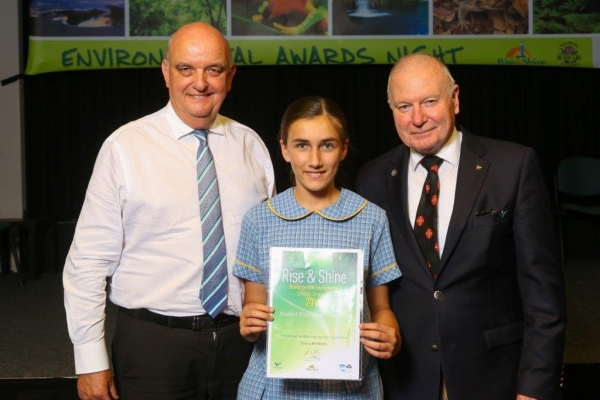 Firstly I'd like to congratulate Bronte Fursey, 2G, for her award in the drawing and colouring competition. As a school, we were delighted to share the award for the 'Most improved school' with our colleagues at St Michael's Thirroul but the highlight of the night for me was when it was announced that Saskia had shared the award for 'Student of the year'! What a night for St Columbkilles!! 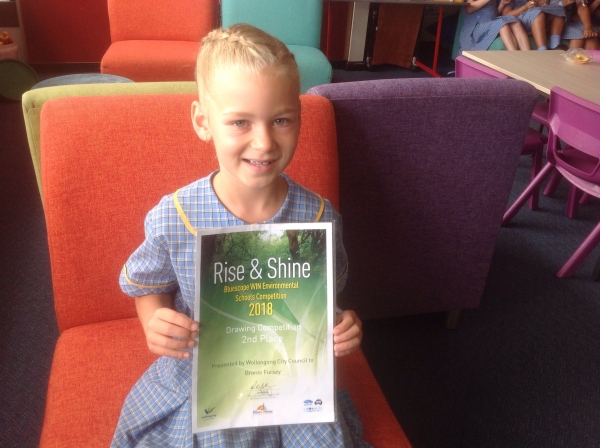