Good luck to our primary athletes at the MacKillop trials in rugby league, netball and hockey being held in Canberr… https://t.co/jP8KUpg9RV

Team talk for the U/15's at the Southern Country trials in Wagga. Good luck boys! https://t.co/Kb29h9FZvB

Good luck to our U/15 and Open Rugby League teams who are playing in the Southern Country Trials in Wagga today. Play well and respect all.

A great day for the secondary open girls football championships at Ocean Park Woonona today. Play well and with respect for all.

Good luck to our primary football teams participating in the MacKillop trials in Goulburn today. Play well and keep warm!

A great day for the open boys secondary football championships and selections at Ocean Park, Woonona. Good like to… https://t.co/QeQSuv0tn2

Our Wollongong touch teams ready for action at the NSWCCC championships. https://t.co/PGb5qAi6bU 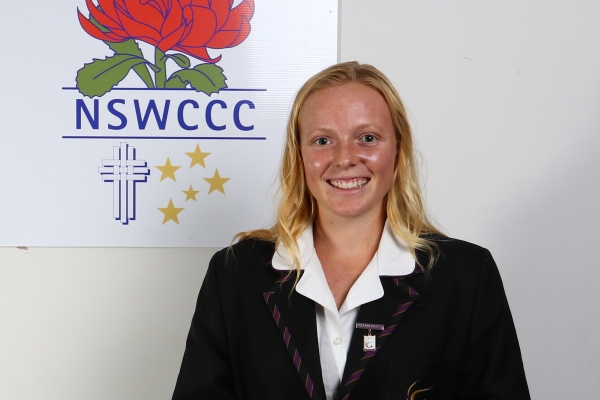 As a baby, Courtney Schonell chose to hold a hockey stick over a dummy. At age four, she picked up that stick to play. Six years later, she made her first national hockey team. Now, at 17 years old, Courtney has won the NSWCCC Vince Villa Award for most outstanding female athlete across all sports and is on track to represent Australia at the 2018 Youth Olympics.