John Therry Rosemeadow student, Malek Malual, may be late bloomer in basketball circles but he has wasted little time making a big impression.

Malek, who only became interested in the sport four years ago, has been offered a USA basketball scholarship as a pathway to play in the NBA.

The 16-year-old will pack up his belongings and move to North Carolina’s Tri-City Christian School next Wednesday.

Malek said he was “absolutely thrilled” to be offered the scholarship, which will allow him to continue studying and represent Tri-City on the basketball court.

“It’s my first step towards a professional basketball career and it will help me a lot,” he said.

“America is the home of basketball and it’s where you want to go.”

Malek first played basketball when he was in Year 7 at John Therry Catholic High School in 2014. The teenager has since been a regular fixture in the school’s basketball team. 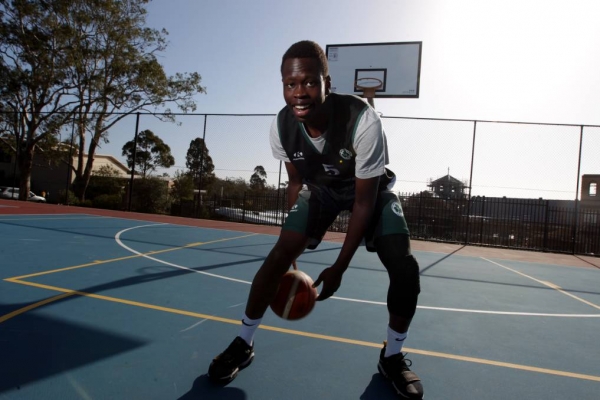 Malek’s commitment to the sport has included travelling to Blacktown several times each week to train under well-known coach Mayor Changai.

He also spent two years playing for the Macarthur Heat under-18s side and was named the team’s most valuable player in 2016.

“Basketball is a sport that suits me because I like to attack from the wings and be aggressive on court,” he said.

“I’m an all-rounder at basketball because I’m good at defence, hit the scoreboard a lot and I like dunking to lift the spirits of my team mates.” 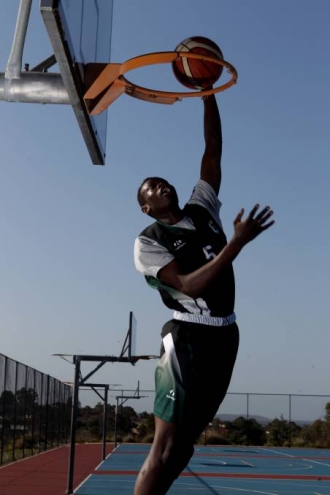 This year has already been a big one for Malek, who travelled to South Africa in July to play in the NBA Basketball Without Borders training camp for rising young talents.

He spent a week in Johannesburg learning from NBA greats including Kareem Adbul-Jabbar, Dikembe Mutombo and Joel Embiid.

“These men are legends of the NBA and they’re who you want to learn from,” Malek said.

“Malek is the most athletic student I’ve seen in the 29 years I’ve been at the school” - John therry Basketball coach, Stephen peters

“He shows leadership skills on the basketball court and is a real team player as well," he said.

“Malek has seized his opportunities and is dedicated to chasing his dream.”