Keep clear! Archaeological dig in progress! Cue the Indiana Jones music and grab the trowels and dusting brushes – Year 7 students at St Francis Catholic College, Edmondson Park have used their expertise to excavate and explore a unique dig site on school grounds, uncovering a number of hidden artefacts to analyse.

History assignments often involve lots of books, research and reading, but this practical, hands-on task was an exciting and memorable way for students to complete one of their first HSIE assessments of secondary school.

Designed to consolidate their learning and apply the theoretical skills explored in class over the term, the students were intrigued by the overview of this task – complete with creative backstory about the dig site, artefact recording sheet and information on useful archaeological excavation methods.

On the day, the Year 7 class began by jotting down their predictions on what they might uncover; then in groups of four, they dived in with their gloves and shovels, searching the site. The pressure was on – each individual had just 5 minutes for excavation and to display the required skills of an archaeological dig. This included completing a recording sheet to effectively report their findings and any observations made (as an archaeologist would!) in order to assist the students in making a final analysis about each artefact found.

The engaging exercise was planned and executed by the Year 7 History team, including Leader of HSIE at the College, Ms Peta Holmes; Leader of English, Miss Siobhan Moore; and Leader of Middle Years Learning, Mr Shane Chapman. Together, this Professional Learning Team meet regularly to discuss their History students’ learning, including collaboratively designing the archaeological dig. 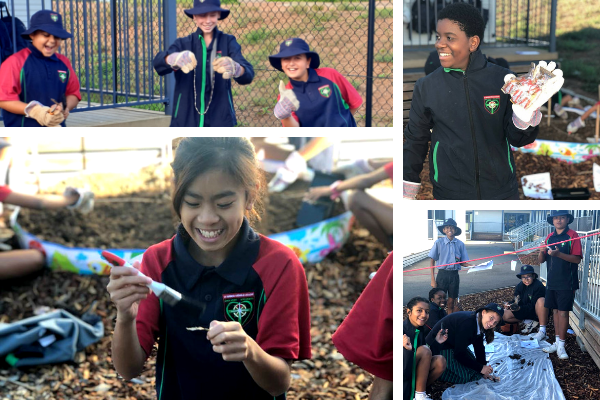 Ms Holmes said this learning experience took some time for the team of teachers to plan, both academically and logistically.

“Earlier in the term, we discussed the importance of embedding authentic assessment within our programs that allowed for the development of the historical skills. We knew what we wanted students to take away from this unit of work – what they needed to know and what skills they needed to be taught. So it was planned from the beginning, with the end in mind” — Peta Holmes, Leader of HSIE, St Francis Catholic College.

“Throughout this unit, ‘Investigating History’, students learned about the role of an archaeologist, historian and palaeontologist. They explored the importance of artefacts, the historical inquiry process and the importance of both primary and secondary sources. They also learned that history is contestable and that critical thinking skills are essential in the study of history,” Miss Moore said.

“[From this], a clear success criteria was developed for the task, so the students knew exactly what they needed to be able to do, to be successful. Teaching and learning in the classrooms was geared towards students having the skills and knowledge to successfully complete the dig and the group work attached to the experience,” Ms Holmes added. 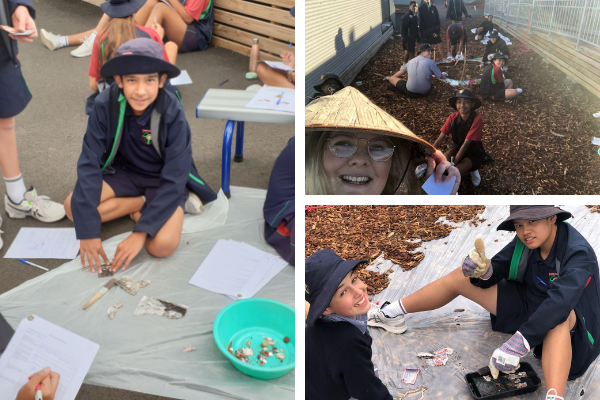 Staff from St Francis generously contributed to the stockpile of archaeological artefacts, including some interesting donations that added to the mystery and challenge of the task – a fox jaw bone, Nepalese rupees, old photographs, a chicken bone, an old nokia phone, fragments of photos of Egyptian pharaohs, and an assortment of jewellery.

“The best thing about this task was that it began as a possibility and flourished into a reality. There was a lot of planning of this activity and yet at every turn, each teacher was eager to be a part of it. The enthusiasm was contagious and this was reflected in the success of the activity” — Siobhan Moore, Leader of English, St Francis Catholic College 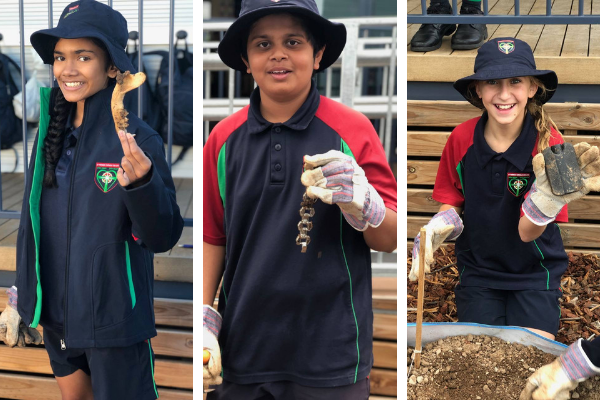 While all three staff members were confident the task would be an engaging one, they said they were overwhelmed with just how motivated and committed the students were to participating in the dig.

The students animatedly searched, dug and brushed away, describing each artefact they uncovered – its physical appearance, measurements, colour, smell and any other unique characteristics. They worked on surmising where the artefact had come from, what it may have been used for and by whom, and deducing how long they thought it had been there for and why.

True to an archaeologist's best practice, they also gathered pictorial evidence of the artefact (holding it with gloves on, of course – to confirm there was no contamination!) and collected any other documented evidence they could as a means to authenticate their findings.

“Each student was able to fully immerse themselves in the dig, complete with gloves and digging equipment. The teachers created an atmosphere of suspense and energy, including the Indiana Jones soundtrack playing in the background! Students would call out when they found something to great cheers, which only furthered the excitement of the whole class” — Year 7 History Professional Learning Team, St Francis Catholic College. 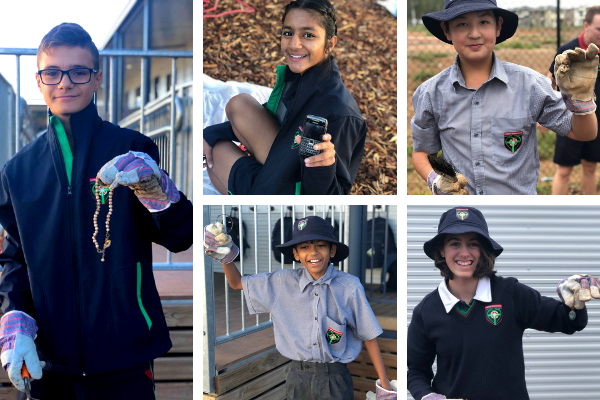 “I’m finding this topic really interesting, especially knowing that the way we are learning is by getting to experience what an archaeologist does in person.”

“I was excited by the archaeological dig!”

“I enjoyed learning about archaeologist and historians, and I also really enjoyed the dig.”

“I enjoyed doing the dig and discovering things from the past and how long they have lasted there.”

The students are now working on presenting their findings and final analysis as either a report, presentation or short video.

“The student evaluations have been incredibly positive. We've even seen feedback that specifically asks for more hands on activities like this,” Miss Moore said.

“As a result of its success, we envision that it will be embedded into the program for years to come.” 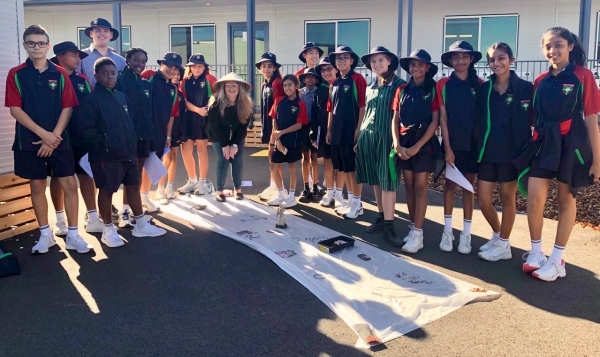