News | Federal election 2019 – know the facts before you vote

Posted 12 May 2019 by Catholic Education in News

Catholic schools are a vital part of Australia’s education landscape; from humble beginnings almost 200 years ago, Catholic schools have grown to become the nation’s largest provider of education outside government.

Today, Australia’s 1,750 Catholic schools educate one in five students and employ more than 96,000 people, making Catholic education a key partner in the delivery of quality schooling with the government and independent sectors.

Throughout the election campaign, Catholic Education has highlighted the needs of Catholic schools, and the parties have responded with various election promises. Below are the facts to keep you well-informed about the policies that affect our Catholic school students and families.

The key issues for Catholic Education at the upcoming federal election are: 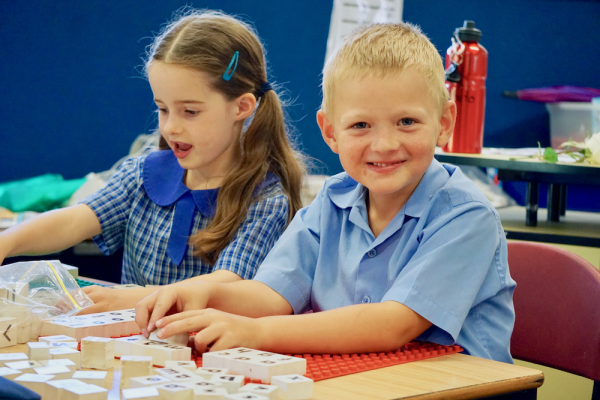 Education is an important topic at every election. It is therefore essential that everybody who cares about Catholic schools understands the key issues, especially how our schools are funded...

The facts on school funding

In 2017, Catholic school communities funded almost 90 per cent of the capital works in their schools – nearly $1.3 billion – while the federal and state governments jointly provided $152.2 million across our 1,746 schools. To put this in perspective, the NSW government is spending 10 times this amount – $1.5 billion each year – on capital works in its 2,200 schools.

With the rising cost of land, construction and classroom technology, Catholic schools cannot continue to rely on parents and the rest of the school community to shoulder the burden of increased capital costs to the same extent into the future. The federal government must help to ease the burden on parents if Catholic schools are to meet the needs of future students.

Catholic Education has prepared the following materials to provide an easy-to-follow explanation of school funding:

The Facts on School Funding

Catholic Education has asked the major parties – the Coalition, Labor and the Greens – a number of questions to clarify their policy positions on key issues of importance for Catholic schools.

Four questions were asked this election:

Want to know more about school funding? Read our breakdown below.

In order to assist Catholics in casting their vote at the upcoming federal election, the Archdiocese of Sydney has also provided parties with a list of questions relating to a number of important issues for Catholics in this election.  Their responses are provided in full in The Catholic Weekly's online federal election guide.

Read each party’s response on education matters specifically, including:

The Australian Catholic Bishops' statement on the election

The Australian Catholic Bishops Conference has also released its own statement regarding the election. Their guide aims to inform voters of the key policy issues of importance to the Church and the wider community, and direct people towards peaceful public debate and voting for the common good.

On Catholic schooling: “The Catholic Church is Australia’s second-largest provider of schooling, and our schools are vital parts of their local communities, particularly where they are the only school available. The Church campaigns strongly for funding because we want to give our students, particularly disadvantaged students, the best education and support we can,” the ACBC statement says.

Read the Australian Catholic Bishops' statement regarding the election here. 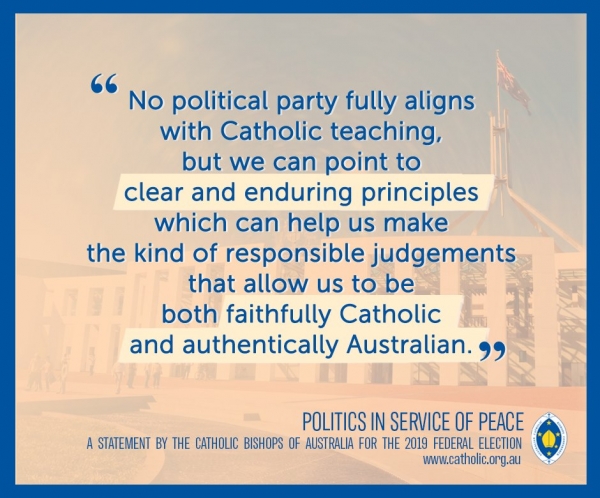 On Tuesday 30 April, Catholic Schools NSW hosted a Federal Election Education Forum with the Shadow Minister for Education, Tanya Plibersek, at Southern Cross Vocational College in Burwood. With more than 200 Catholic sector delegates, principals, teachers and parents in attendance, it was the biggest education event of the election campaign.

During the event, the Shadow Minister responded to questions from the audience about a range of education-related issues including NAPLAN, school funding and religious freedom. Education Minister, Dan Tehan, declined a request to attend.

If you missed the one-hour forum, it is available to view online for a limited time. WATCH: Federal Election Education Forum with Tanya Plibersek

For more coverage of the forum and the issues discussed, please see the following articles from Cath News, the Sydney Morning Herald  and The Australian. 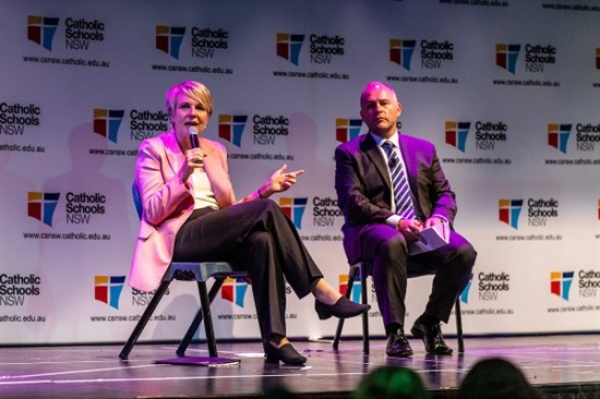 We encourage you to use the above materials and information to inform your vote and any discussions with your friends, family, community, local candidates and the media.

Interesting in knowing more about how school funding works? Read on...

School funding is a contentious and much misunderstood topic – but it’s much less controversial once a few basic facts are known.

State and federal governments fund all not-for-profit schools (government and non-government) to some degree because a typical school education costs a lot more than most people realise – more than $11,000 per primary student and more than $14,000 per secondary student each year, regardless of sector.

This is more than most Australian families could afford, so governments fund free public schools and partially fund all not-for-profit schools sectors.

How school funding is calculated, in five easy steps:

1. The federal government sets a base funding amount for every student in every sector, each year

2. Extra funding is added for disadvantage

This extra funding – known as ‘disadvantage loadings’ – is added for up to six types of disadvantage such as disability, low socioeconomic advantage and Language Background Other Than English.

3. The base amount + disadvantage loadings = SRS

The base amount and disadvantage loadings make up the Schooling Resource Standard (SRS), a per student funding target for each school.

Now, we get to the important part – who pays the SRS?

Government schools may still raise money privately, and almost all do - but they do not lose a dollar of their government SRS funding entitlement.

5. Non-government schools attract only part of their SRS funding from governments, based on parents’ ability to pay

This is done by assigning each non-government school a socio-economic status (SES) score from 60 to 140 (based on student addresses and ABS household data).

The higher the SES score, the more parents are expected to contribute – and the less government funding that non-government school attracts.

Non-government schools serving the poorest families (those with an SES score from 60 to 93) attract 90% of the SRS base amount (and all the disadvantage loadings) in government funding.

As SES scores rise, the level of government funding for non-government schools is gradually reduced, to the point where those serving the wealthiest families (an SES score of 125 or more) attract just 20% of the SRS base amount in government funding (plus all disadvantage loadings).

How school funding is distributed:

Non-government schools fall into one of two categories – independent schools and system schools.

Independent schools receive their recurrent government funding directly from their relevant state and federal governments, i.e. an amount is calculated for each independent school based on the number of students enrolled and any disadvantage funding that apply. The school receives this amount directly.

It is different for schools that are part of a 'system' – such as Catholic schools owned and operated by their local diocese.

An individual amount is calculated for each school in the system based on the number of students enrolled and any disadvantage loadings that apply to that school.

The amounts attracted by each school in that system are combined and paid as a lump sum by the relevant state and federal governments to a state or territory-based “system authority”.

Lutheran, Seventh Day Adventist and most other faith-based schools each have a system authority. In the Catholic sector, these are typically known as Catholic Education Commissions (NSW moved to a not-for-profit company model in 2017 and renamed itself Catholic Schools NSW).

These state and territory system authorities receive all government recurrent funding on behalf of the diocesan schools offices in their jurisdictions.

Each system authority has its own needs-based distribution model but, broadly speaking, it distributes the government funding to their Catholic schools offices based on enrolments and student needs.

Each schools office then determines how many teaching and other staff are required at each of their schools, again based on the number of students and their needs. The office then resources each school accordingly by assigning staff and paying their salaries.

Governments permit systems to distribute funding this way because it is well recognised that systems have a more detailed understanding of each school’s local needs.