'Environment Matters' Blog | Listening to the Voice of Creation

The Season of Creation began on September 1st and the theme and invitation of this year’s season is Listen to the Voice of Creation. Schools across our diocese have taken up the opportunity to listen to, pray for and act for creation.

At St Francis of Assisi Warrawong, the Year 4 students led the school community in a liturgy on the World Day of Prayer for Creation. During the liturgy, each grade contributed to a display that represented the world that God Created for us all to enjoy. At the assembly, the Year 4 class was presented with the inaugural “Caring for our Common Home Environmental Award”. Throughout Term 1 and Term 2, the Environment Team handed out points to classes who did the right thing at composting and recycling in their classes. 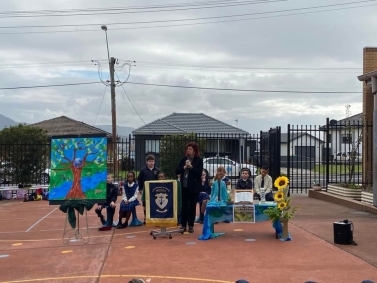 St John's High School Nowra came together for a liturgy and integrated works from the senior creative arts students. One part of the prayer was a reflection on a passage from Laudato Si' which focused on St Francis of Assisi and his familial understanding of all parts of creation. This reflection took the form of displaying a Year 12 student's major work for Visual Arts which focussed on fast fashion and its impact on the environment.
Please see below an image of the Year 12 student's wearable artwork and the reflection used during the prayer. 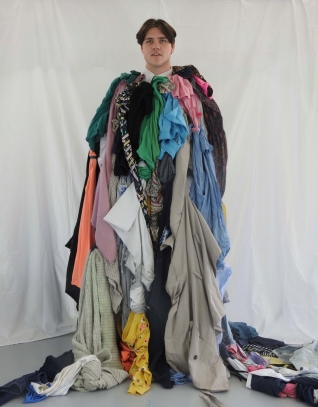 Unwanted clothing, deemed unwearable by op-shops, is set for landfill, ocean pollution and the streets of developing nations and with the contribution of fast fashion (cheap, trendy and poorly made clothing manufactured at incredible rates) this problem is spiralling out of control. The artwork titled ‘The Weight of What We Wear’ is a ghastly visual representation of the 23 kilograms of clothing thrown out every year by the average Australian. It encapsulates a monster like image, presenting society’s lack of awareness and online shopping addiction. By removing the typical use of clothing; comfortability, protection and everyday wear, to that of an awkward and impractical design, distaste of the audience is transformed into a self-reflective moment of personal endowment to the waste industry. The student artist sees our society being weighed down by fast fashion, and that we must seek a solution to this environmental disaster… before the monster we created impedes on the natural world and the communities that depend upon it. Just like St Francis and Pope Francis, we must look upon the environment as our sister and brother.

The students at Our Lady Help of Christians Rosemeadow celebrated the World Day of Prayer for Care of Creation with prayer and dressing up with gold coin donations going towards the creation of their very own worm farm! 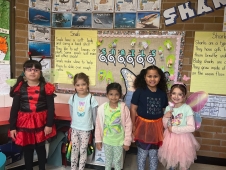 At Ss Peter and Paul School Kiama the Year 6 Environmental Team led the World Day of Prayer for the Care of Creation Liturgy at the beach! It was a wonderful experience to pray in the great cathedral of creation and apparently Year 1 even had a whale visit during their prayer experience! It was a beautiful opportunity for the school community to Listen to the Voice of Creation and mark the beginning of the Season of Creation, which ends on 4 October, the Feast of St. Francis of Assisi. 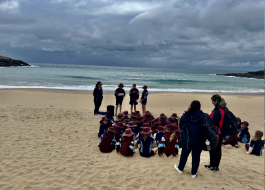 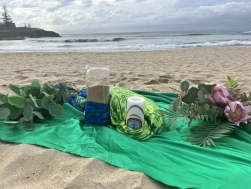