Mt Carmel Catholic College student, Bianca Ritter, is a trailblazer. Not only did she take on study in traditionally male-dominated subjects for her HSC, but she’s done it in style, topping the state in the HSC Construction Examination.

The 18 year old’s move to study construction and industrial technology specialising in timber in her senior years was one many people around her questioned.

"I was interested in the more masculine subjects, but there are still so many stereotypes and a lot of stigma around females in those areas and so many people asked 'why would she do it?’, especially because I have always been a pretty good student," Bianca said.

But her desire to pursue subjects to help her in a career in interior design and project management trumped any other reservations, and she went for it.

“I developed that interest in construction at the end of Year 10,” she said, “ I was the only girl in my class.”

“But the subject was connected to what I want to do as a career and had a lot of practical, real-world challenges for me.”

The high-achieving Mount Carmel, Varroville student said she was determined to break through the stereotypes and prove that girls could be just as successful as boys in construction.

“It was challenging in the practical parts of the course, because there was things like lifting that were hard...but I got through it all.” 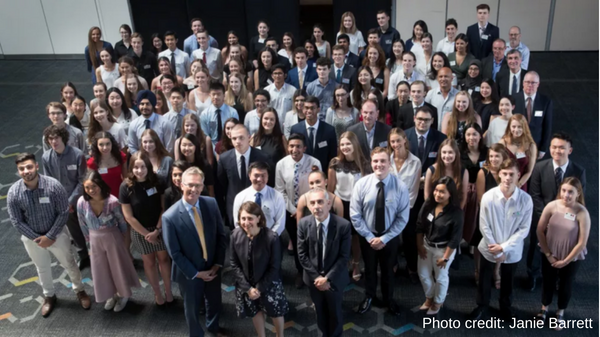 This week, the NSW Education Standards Authority celebrated with the 120 students from 85 schools who topped their HSC subjects this year - including Bianca and students from 16 other Catholic school - at a special ceremony in Sydney.

Premier Gladys Berejiklian joined them, describing the students as the "shining stars of this year's HSC".

"The HSC is challenging for every student, so to come first in a course is an outstanding achievement," Ms Berejiklian said, “these students have risen to their potential through ability, hard work and enthusiasm for their studies." 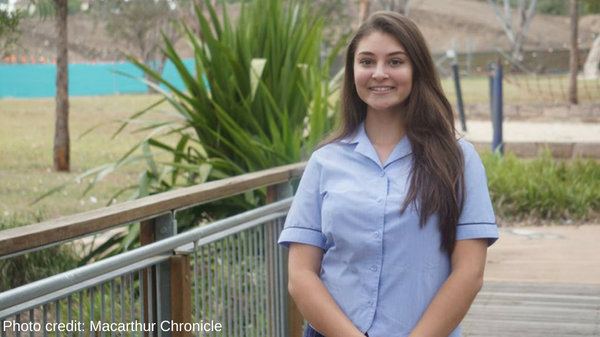 The future is bright for the Bianca, who hopes to gain employment in construction project management or interior design.

But not before her plans to take a some time off from her studies next year to travel and possibly get some on-the-job experience and work placement.

"I haven't applied for university yet because after 13 years of school, I am ready for a break," she said.

The Eagle Vale resident plans to head to university in 2019, to further her career there.

Her advice for other students, especially girls, on taking the construction course next year: “Don’t let the challenges get the better of you...give it 100 per cent and don’t be worried about the stigmas and stereotypes.”

“Girls can do just as well as the boys in construction.”


View all stories in VET News & Events. View All News and Events.