If the St George Illawarra Dragons are looking for a breeding ground of young talent, they need look no further than St Columbkille’s, Corrimal. The primary school has yet again nurtured their students’ NRL footy skills and teamwork to great success - this year coming away both the boys’ Rod Wishart Shield and girls’ Sam Bremner Shield.

The National Rugby League held the second annual girls rugby league day at the Croome Road Sporting Complex in September. There were 22 schools from Helensburgh to Ulladulla making up 45 teams of students from Years 5-12, all competing for the Sam Bremner Shield in their age group.

Corrimal took two girls teams to Albion Park, who both took part in the Under 12s competition.

Despite the Year 5 team being made up of all but three girls who had never played before, the group produced some of the day’s most impressive performances and continued to improve with each game. While the girls didn’t make it to the final, they won their consolation semi-final and are ready to take on the competition with more experience and confidence next year.

The Year 6 team had a cracker series of games, fending off challenges from schools across the Illawarra and Shoalhaven to remain undefeated all day. The team progressed all the way through to the grand final, where they defeated Minnamurra Public School to claim the Under 12s Sam Bremner Shield. 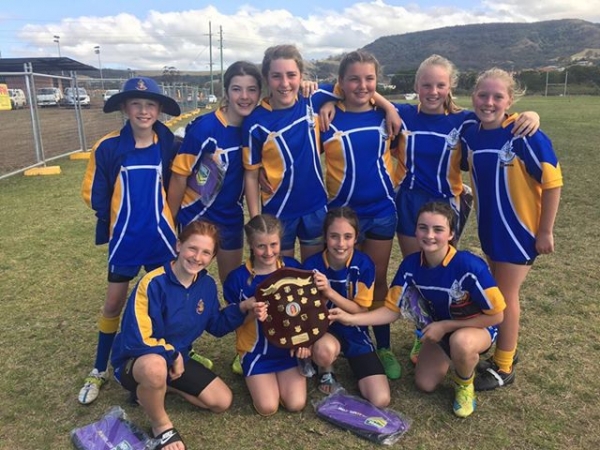 “The crashing tackles, superb ball passing and full length-of-the-field tries were some of the outstanding skills on display throughout the teams’ games. Most of all, each of the girls enjoyed the experience and had fun, showing wonderful sportsmanship,” St Columbkille’s teacher and girls coach, Jen Gaffney said.

St George Illawarra Dragons NRLW captain, Sam Bremner, attended the day and said it was great to see so many schools and girls playing, especially now they had a genuine pathway to the elite game.

“It just goes to show much depth we really do have for the NRLW...and how good are the Dragons going to be in the years to come?!” she said. 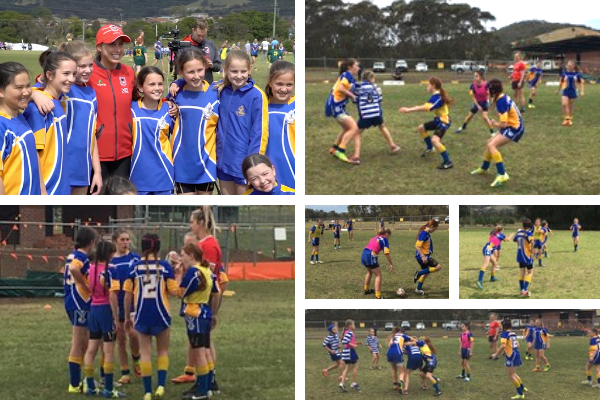 The primary students from across the South Coast and Illawarra were present to play against their rival regional schools and compete for a spot in the finals, for a chance to claim their shield.

St Columbkille’s teams showed great skill and determination on the field to take out both the Junior and Senior competitions!

“All of the boys played really well. They represented the school with pride, respected themselves as well as the opposition and officials, and had fun with their friends,” St Columbkille’s Leader of Sport, Brett Murphy said.

Look out for the St Columbkille’s boys in blue and yellow in this video highlights package from WIN News Illawarra.

Their victory qualified the St Columbkille’s senior boys team to progress to the finals held in Term 3, mixing it with southern NSW’s most talented primary school rugby league players.

The finals day was the culmination of 2,500 primary school students competing in 10 gala days across the various regions of southern NSW earlier in the year - including St Columbkille’s back the previous term.

The Corrimal team was dominant throughout the day and showed a lot of class, making it all the way to the final to take on the competition’s equally strong Mount Terry Public School outfit. The game was tough and nail-bitingly close at times, but produced moments of sensational talent that left the whole crowd clapping and cheering.

The game was forced into extra time, where St Columbkille’s produced the goods to win 16-12 and take out the Rod Wishart Shield! 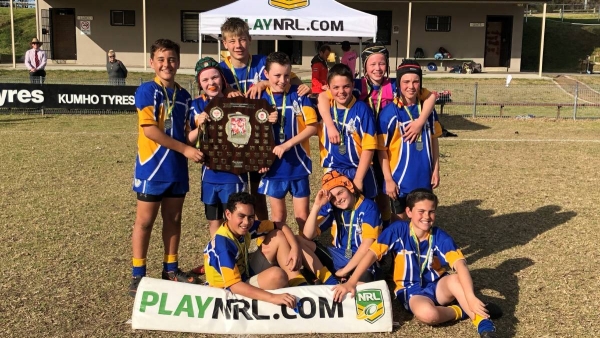 St Columbkille’s Principal, Brad Colquhoun, congratulated both the senior boys team on winning the Rod Wishart Shield and senior girls on winning the Sam Bremner Shield for the second successive year, and thanked all those involved in the teams’ participation and success.

“As a school community, we are very proud of the achievements of our boys and girls rugby league teams this year,” he said.

“Active participation in all sports is an important part of our school’s, and the Corrimal community’s, culture. We are most fortunate to have staff and parents who are willing to support our students in these endeavours.” 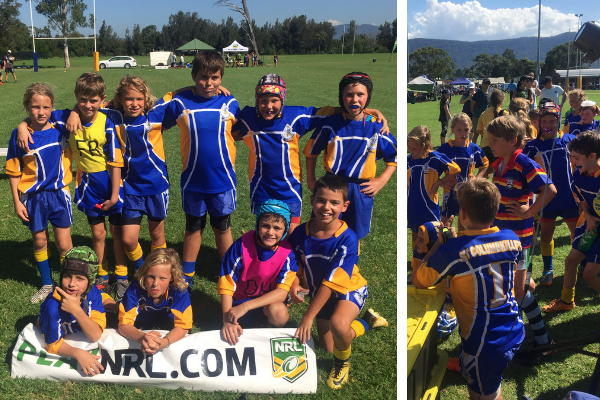 “Several current Dragons players participated in these [competitions] when they were at primary school,” he said. “These days are designed to introduce new players to the game and as recruitment for our junior rugby league clubs.”

With local examples like Corrimal Cougars star, 18 year old Keely Davis, making it from juniors to the NRLW Dragons side and now the Jilaroos squad, we look forward to seeing what’s in store for these young St Columbkille’s players in the future, too!